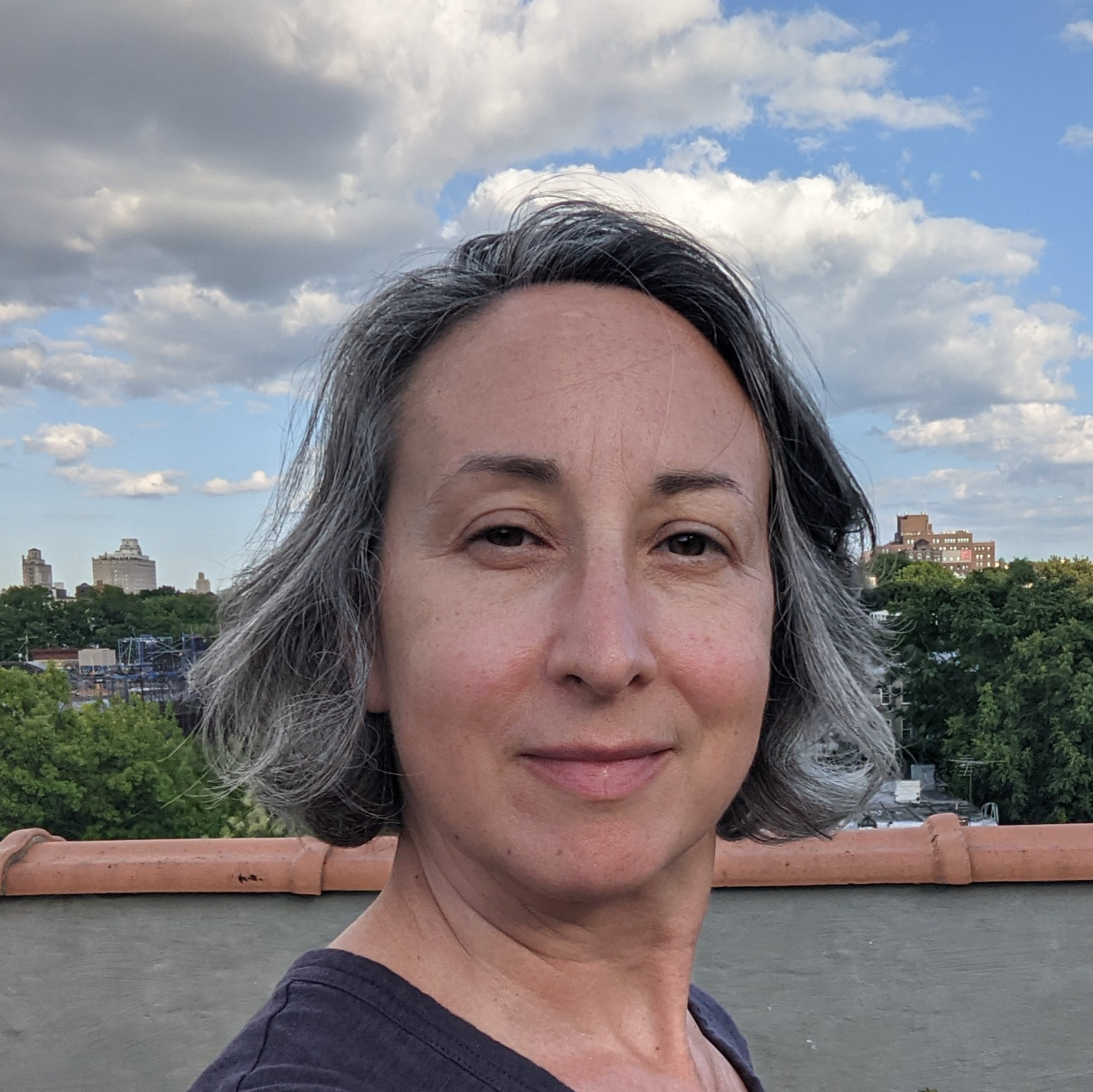 Our story begins in December 2018 with Gerald Cotten, the founder of Canada’s largest crypto exchange at the time, QuadrigaCX. He and his new bride, Jennifer Robertson, go on a trip to India where Cotten, who suffered from Crohn’s disease, fell ill. Unfortunately, his health takes a turn for the worse and he passes away shortly after being admitted to a hospital. A month later, QuadrigaCX announces his passing in a statement credited to Robertson.

Here’s where the story gets strange: In the months leading to Cotten’s death, customers had been complaining they couldn’t get their money out of the exchange and were waiting weeks, if not months, to receive funds. One customer who spoke to CoinDesk at the time said, "There's a bunch of warning bells going off in most people's heads right now.”

Rightfully so, as it turned out. On Jan. 28, the exchange went offline for "maintenance." Soon after, a court filing first obtained by CoinDesk revealed that QuadrigaCX owed customers $190 million (all dollar amounts throughout are U.S.) and what seemed to be the big kicker at the time: No one knew how to access the exchange’s reserves. His widow stated in court that while she had Cotten’s laptop, it was encrypted, she was never given the password or recovery key and Cotten was the only person with control of QuadrigaCX’s cold storage system.

In other words, access to somewhere around $190 million in cryptocurrency potentially vanished with Cotten’s death. Or so it seemed.

The story of QuadrigaCX

QuadrigaCX was started by Gerald Cotten and Michael Patryn in Canada in 2013, focusing on local trades of bitcoin (BTC). With a small staff, they expanded in 2014 to open a bitcoin ATM in Vancouver, but had trouble raising funds and ran out of money in 2015 after a failed attempt to go public and list on the Canadian Securities Exchange.

By 2016, plans to go public were abandoned, the legal counsel was let go and all of the other directors had resigned from QuadrigraCX, creating a one-man show with Cotten alone running the business.

According to reports, Cotten ran the company from his laptop, from no permanent office. But the company grew despite its rocky start as the price of bitcoin surged in 2017 from $1,000 to nearly $20,000. People wanted a way to get in on the action, and the company grew to 350,000 customers trading over a billion dollars in assets. But that price surge wasn’t to last. When bitcoin crashed in 2018, customers wanted to cash out what they could, and that’s where the trouble really began.

Who was Gerald Cotten?

To understand how so many people trusted a company that was a one-man show with their money, it is important to know who that man was.

Gerald Cotten was an early cryptocurrency evangelist and part of a Vancouver group in 2013 that referred to itself as the Vancouver Bitcoin Co-op. On the surface, he seemed like a “nice Canadian guy” who was an expert on cryptocurrency and believed in the power of bitcoin, and cryptocurrency in general, to be a transformational technology for finance. According to a lengthy Vanity Fair piece, Cotten “always seemed to be smiling. It was a gentle, unflappable smile. It put strangers at ease; it made him seem lighthearted.”

Unlike other CEOs such as Binance’s Changpeng Zhao, Cotten did not seek the spotlight and was not known as a public figure. However, QuadrigaCX was often a sponsor of local crypto educational events and charities such as the Indian orphanage that he said was the reason for his December 2018 visit.

At the time QuadrigaCX’s business skyrocketed it was still difficult for most people to invest in cryptocurrency, and the company had the advantage of being one of the first to market. Cotten’s evangelism and knowledge of bitcoin was clear, and some of the company’s success can be attributed to his early efforts to appear to care more about helping people understand and see the potential of Bitcoin than turning a profit.

But as these stories go, things weren’t as simple as they appeared. Cotten’s death brought that all to the surface.

According to the excellent podcast series on the story, "Exit Scam," many people, including his widow, expected a "Dead Man’s Switch" to come after Cotten’s death. The switch is basically an email or other message, triggered in the event of unexpected death, revealing the private keys or where the private keys could be found. But there was no Dead Man’s Switch message coming. The lack of a plan for access to QuadrigaCX’s cold storage wallets seemed especially strange because it came to light that Cotten had changed his will in the month before he went to India.

Customers who had been waiting on funds that were locked in QuadrigaCX accounts immediately started to cry foul, with threads on Reddit and other forums questioning if Cotten was really even dead. (We’ll come back to that later.)

But here’s the thing about cryptocurrency – while many people think bitcoin is anonymous, it is very much not in very important ways. Blockchain technology relies on there being a public ledger of all transactions that can be verified and viewed by anyone, anywhere. To put it simply: You can’t necessarily tell from that ledger that a particular person (such as Cotten) transferred bitcoin to another person (such as Robertson). However, you can view that at a certain time and date this specific wallet address transferred this amount of bitcoin to this other wallet.

You can see how often and how much a wallet address has transacted on the blockchain, and what it's currently holding. On a blockchain explorer, it would look like this:

So even if no one could access the cryptocurrency within QuadrigaCX’s wallets in order to give money back to customers, the crypto would still exist there. In the coming months, six bitcoin wallets were identified as linked to QuadrigaCX. Shockingly, they were nearly empty.

Fraud and schemes come to light

After the revelation the cold storage wallets that were supposed to contain QuadrigaCX’s reserves contained a small fraction of the missing $190 million, accounting firm Ernst & Young followed with another bombshell report in June 2019. It detailed how Cotten transferred millions of dollars in crypto out of customer accounts and into other exchanges, which he then used to fund his lavish lifestyle and personal trading activities.

The trading activities were massive – the report detailed that between 2016 and 2018, Cotten transferred 9,450 bitcoin, 387,738 ether (ETH) and 239,020 litecoin (LTC) out of the exchange’s accounts. He had many fake accounts within QuadrigaCX, including one under the name Chris Markay, who was not only an alias but the single biggest user on the platform, QuadrigaCX’s “whale.” The massive deposits Markay seemed to be making on QuadrigaCX were just as fake as he was, and Cotten (as Markay) used these fake funds to buy very real bitcoin from other customers.

He lost $115 million under these aliases, according to a report from the Ontario Securities Commission (OSC) that detailed just where the money went. He also lost $28 million on external exchanges and spent approximately $24 million on real estate, vehicles, travel and other personal expenses. It was hard to nail down where all the money went; the Ernst & Young report revealed there was no accounting paperwork and generally very little documentation.

While exact figures may never be known, what was crystal clear at this point was that QuadrigaCX was a Ponzi scheme. The report begins:

"The downfall of crypto asset trading platform QuadrigaCX (Quadriga) resulted from a fraud committed by Quadriga’s co-founder and CEO Gerald Cotten (Cotten). Clients entrusted their assets to Quadriga, which provided false assurances that those assets would be safeguarded. In reality, Cotten spent, traded and used those assets at will. Operating without any proper system of oversight or internal controls, Cotten was able to misuse client assets for years, unchecked and undetected, ultimately bringing down the entire platform."

The next shoe to drop was the revelation that this wasn’t Cotten’s first rodeo. Reddit sleuths and investigative journalist Amy Castor found he had a long history of Ponzi schemes starting when he was just 15 years old.

Put that together with the knowledge that Cotten owned boats that could get to the Caribbean without refueling, knew how to fly planes, often traveled abroad with large amounts of cash and that QuadrigaCX’s wallets were not only empty when he died but some had been empty for some time, it’s not hard to reach the conclusion that Cotten was planning an exit scam.

Which leads to the biggest debate in the matter of Gerald Cotten: Did he fake his own death as part of an exit scam or did he actually die and set off a chain of events that exposed his scheme?

From almost the moment the news came out that Cotten had died, long before the explosive report from Ernst & Young, theories started circulating online that Cotten was still alive and had faked his own death.

Despite the fact there is an official death certificate and an investigation by the Globe and Mail newspaper with quotes from the Indian hospital detailing the timeline of his death, some are unconvinced. There’s a typo in the death certificate. Cotten had cultivated skills from years of illicit activities in covering his tracks. He knew how to create fake identities and owned planes and a boat he could use to escape. There’s ample evidence pointing to the idea that Cotten was indeed planning an exit scam and that he was a con artist.

In the "Exit Scam/" podcast, Aaron Lammer details ways people can even hire "facilitators" in India to fake a death, including getting a fake body to put in a coffin as part of the package. He also explains that at no point in the transport of Cotten’s body from India to its burial in Canada was anyone, at any point, required to identify the body.

Former QuadrigaCX investors have called for the authorities to exhume Cotten's body and conduct an autopsy to settle the question in the most final way possible.

Until then, the evidence at hand does leave room for debate. Putting together all we know, it looks most likely that while Cotten was planning to disappear, he died an untimely death in India in 2018.

The Festival for the Decentralized World
Austin, Texas
Save a Seat Now
This article was originally published on Mar 25, 2022 at 8:39 p.m. UTC 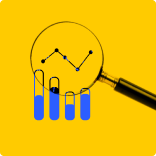