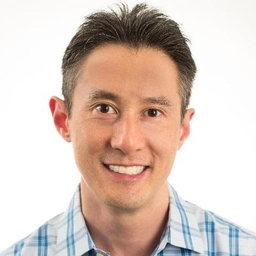 Crypto lender Voyager Digital is planning to settle with two top executives over their handling of loans made to crypto hedge fund Three Arrows Capital (3AC) following an internal probe, according to court filings submitted on Monday.

In March, CEO Stephen Ehrlich and then-Chief Financial Officer Evan Psaropoulos agreed to allow Voyager to lend Three Arrows nearly $1 billion in crypto with very little financial disclosure from the fund, according to the filings.

When LUNA and its sister token terraUSD began to collapse in May, Voyager sought to determine the impact on Three Arrows and was initially told Three Arrows had only limited exposure to LUNA. Later in June, however, 3AC employee Tim Lo advised Voyager to recall all of its loans to 3AC because he was concerned that 3AC’s founders weren't responding to requests for information from Lo and other employees.

With hours of that communication, Voyager recalled all its outstanding loans to 3AC, and the hedge fund soon entered into liquidation in the British Virgin Islands.

A special committee comprised of two of Voyager’s board members found that pursuing negligence claims against Ehrlich and Psaropoulos, who is now Voyager’s chief commercial officer, would be difficult and expensive and that Voyager would be unlikely to recover much.

Instead, Voyager is suggesting a settlement that would have Ehrlich pay $1.1 million in cash to Voyager, pursue claims under directors and officers insurance policies for as much as $20 million and allow Ehrlich and Psaropoulos to continue in their current roles.

The settlement is subject to approval by the bankruptcy judge in the case.

Toronto-based Voyager filed for bankruptcy in New York in July, in large part because of the losses from its loans to Three Arrows.

BUSD$0.99978490
0.03%
View All Prices
Sign up for The Node, our daily newsletter bringing you the biggest crypto news and ideas.
By signing up, you will receive emails about CoinDesk product updates, events and marketing and you agree to our terms of services and privacy policy.