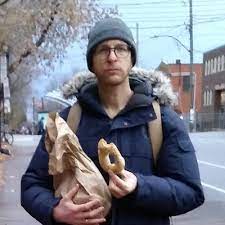 It’s 2026, and Federal Reserve Chair Jerome Powell has just sat down in front of the U.S. Senate Banking Committee. Powell has spent the last few days preparing to be grilled by lawmakers about why the Fed recently raised interest rates.

But the questioning quickly takes a different tack.

“Why is FedSend being used by dangerous white supremacists for funding?” asks Sen. Elizabeth Warren of Massachusetts. She’s referring to the Fed’s central bank digital currency, FedSend, unveiled in 2024. “What sorts of controls do you have in place to prevent this?”

Another senator asks: “FedSend has become the most popular means of payment for fraudsters running tech support and IRS scams. How do you plan to protect seniors?”

Powell sighs. It’s going to be a long day.

Central bankers seem keener than ever to try their hand at issuing a retail central bank digital currency, or CBDC. Retail CBDC is a digital version of central bank money, one that everyone can use.

Retail CBDC mostly exists as a concept in central bank research papers and speeches, as well as the odd pilot program. Much of the CDBC research enterprise has centered on esoteric technical details such as: Should CBDC pay interest or not? How should it be distributed? Should it be hosted on a blockchain or a regular database?

But something has been missing from the discussion. After a CBDC has been built, it will have to be governed. The central bank will have to write out its terms of service, or TOS – a payments constitution that describes who can use it and how.

This TOS will become ground zero for all sorts of political disputes. Are central bankers like Jerome Powell ready to enter the messy politics of governing a retail payments system? They may discover that controversies over CBDC permissible use and accessibility end up hogging a much larger chunk of their time than they bargained for.

Say that a central bank like the Fed builds a CBDC. It decides to go with a very simple TOS, something like: “FedSend cannot be used for illegal activities,” and that’s it. Even this bare-bones payments constitution will open the Fed to attack. Fed officials will now have to arbitrate the line between legal and illegal, and that’s much trickier than it sounds.

Confronted with a clear violation of its TOS, the Fed will now be forced to police its network.

As you can see, retail payments governance quickly gets complicated, controversial and expensive.

People often make mistaken payments. We send money to scammers. Our accounts may be emptied after being taken over by fraudsters. Or maybe we buy a defective product and want our money back, but the merchant isn’t responding to our emails.

The pressure to protect retail customers from these dangers means that central banks will probably have to devise ways to arbitrate disputed CBDC payments and subsequently reverse, or undo, them. But it won’t be cheap to arbitrate payments disputes. Central banks will have to set up tribunals, hire and train personnel, and so forth.

Complicating matters is that certain types of products (like virtual goods) are more prone to fraud and payments reversals than others (like restaurants), and disputed payments involving these high-risk goods will demand a disproportionate share of the Fed tribunal’s time. The Fed may decide to charge higher fees to higher-risk industries. Or the Fed may ask all industries to bear the same costs. Either way it’ll attract constant political flack for unfairness.

And maybe that’s fine. Maybe central bankers really do think that it’s important to get involved in all the thorny issues surrounding retail payments governance. Maybe they want to vet website content and arbitrate disputes. They may like the challenges of getting caught up in woke social media wars over platforming and deplatforming. Perhaps they think they can do a better job of writing a TOS than Visa and Mastercard.

But central banks already have responsibility for setting monetary policy, which is an incredibly important task. Many of them have financial regulation duties, too. Hopefully the demands of payments system governance don’t overwhelm them.

Let’s zoom forward again to 2026. “There’s got to be a way around this,” thinks Jerome Powell as various Democrat and Republican senators tear into him about FedSend. “Can we at the Fed provide Americans with a CBDC without any of the controversy?”

One possibility is to offload some of the responsibility for running FedSend onto the private sector. That is, the Fed does the nuts and bolts of issuing and redeeming CBDC but commercial partners – Bank of America, Chase, PayPal – take care of all of the customer-facing duties. They onboard FedSend customers, check for money launderers, arbitrate disputes and deplatform anyone who is caught doing something illegal.

By taking on governance, the private sector thus absorbs the political risk.

This will be expensive, though, and the banks and fintechs will have to be compensated. That means giving them a bigger say in how FedSend user fees are set.

But even under this tiered model, Powell still won’t be safe from the controversies that flow from CBDC governance. As long as the Fed’s CBDC is offered through banks and fintechs but branded as a Fed product, FedSend, the politics will always lead back to the brand owner, the Fed. If it wants to be fully firewalled from payments theater, the Fed has to give up on CBDC branding.

But at this point FedSend would be like all of the other Fed products that are offered wholly through banking intermediaries, like FedACH or FedWire. The banks repackage them, or white label them, as they see fit and set the price.

At which point the Fed has become just another dumb pipe, one with no control over the final product. It’s not really a CBDC anymore. It’s just another bank product. What’s the point?

I’d suggest that there’s a trade-off between the effectiveness of a CBDC and the amount of sweat and tears a central bank is willing to put into ongoing governance. Going full CBDC means taking on a huge amount of work. Central bankers may choose to limit their involvement in governance (and the associated sweat and tears) but that means the product will not be as transformative as it would otherwise be.

To date, central banks have tackled retail CBDC as a technological problem. But I worry they are underestimating the challenges posed by governance. Hopefully, they get up to speed. The last thing they want is to build a fancy CBDC and then regret it because of all the political hassle it brings them.

BUSD$1.00
0.08%
View All Prices
Sign up for Money Reimagined, our weekly newsletter exploring the transformation of value in the digital age.
By signing up, you will receive emails about CoinDesk product updates, events and marketing and you agree to our terms of services and privacy policy.