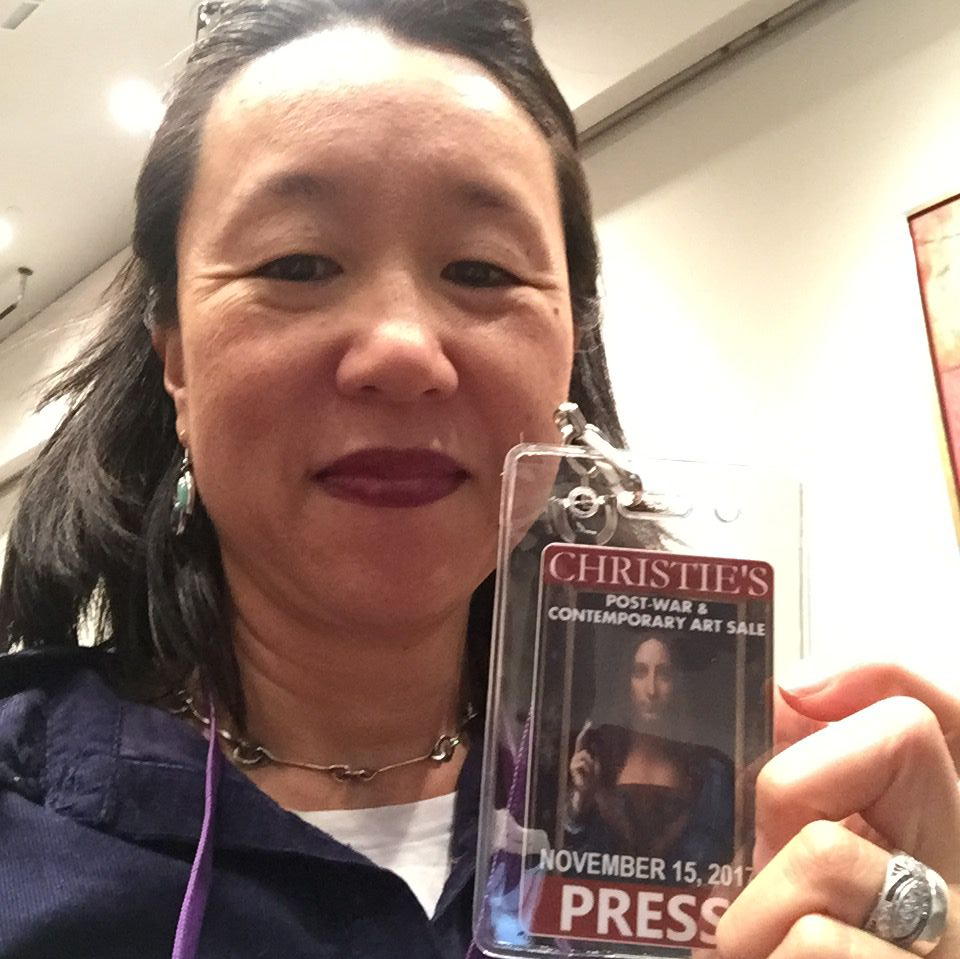 John Chen (a pseudonym used upon request) has viewed the rise of the cashless economy on a split screen.

On one side, the China of his birth, a place where paper fiat has all but gone extinct even in far-flung villages. On the other, the U.S. state of California where he attended high school and now majors in computer science at a state university, and where paper currency remains common.

Raised in Fujian to tech-entrepreneurial parents, Chen is in many ways a quintessential modern Chinese. With a comparative eye he has been following the development of his country’s unique consumer culture for half a decade. “When I visited China in 2016, I was like, ‘Wow,’ everyone is using WeChat Pay and Alipay. Nobody had a purse or a wallet.” Businesses requested he pay digitally, which he much prefers to using credit cards. “Personally, I don’t like [carrying a wallet] because I’ve already lost my wallet three times in five years,” he said, most recently during the height of COVID-19 restrictions in the U.S. Without cash, credit cards or his driver’s license, he had to ask a friend to lend him money and drive him to Target “so I could grab some chicken for dinner.”

Now back in the East taking remote classes, Chen will have a front-row seat for the next stage of China’s evolution. Beijing is widely expected to launch its central bank digital currency (CBDC) at the Winter Olympics in February.

Unlike AliPay and WeChat Pay, however, the digital yuan gives Chen pause. His reasons offer a preview of debates that will only grow with the rise of all CBDCs in the coming years.

“I'm concerned because I feel like [government officials] would be able to see all my transaction details,” said Chen. “I would lose part of my privacy and I don’t think I would be 100% happy with that.”

Of course, AliPay and WeChat are already connected to the government (and have even assisted in the development of the digital yuan) such as with ID verification procedures tied to state cameras. The linkage grows the larger the transaction, as it does virtually anywhere financial institutions have reporting requirements. But having private companies as a buffer from direct state access to his user data makes a difference to Chen.

China’s controversial social credit system – which monitors and scores citizens on their trustworthiness – has raised concerns over how the state might use the e-CNY, as the digital yuan is officially called, to further monitor its people, control dissent and incentivize or dissuade certain behaviors. “It’s easy to see how the digital yuan could aid in the development of the social credit system, with stricter controls rather than looser controls,” said Ian Wittkopp, a Hong Kong analyst for Sino Global Capital.

In Washington, D.C., the debate about digital currencies reflects the multiple roles played by money – not just as a means of payment, but a symbol of political power and the values imposed by that power.

In July 2020, shortly before China began e-CNY pilot tests, a former chair of the U.S. Commodity Futures Trading Commission, J. Christopher Giancarlo, delivered a warning to the U.S. Senate Banking and Finance Subcommittee. “The stakes of the contest for the future of digital money are as high as any of the transformational technological revolutions of the past one hundred years,” Giancarlo testified. “We are indeed entering a new world. The question is who will design and build those digital systems … and what social values will be brought to bear.” Privacy, free enterprise, free speech and democracy are all at risk, he later elaborated.

Through the banking communications system SWIFT, the U.S. functionally has a hand on the spigot of global capital flows – a power that Washington has used in recent years to sanction Venezuela, Iran, Syria, North Korea and a number of individuals. Giancarlo told the senators the more widely the digital yuan is adopted, the greater its ability to bypass SWIFT and help other states do the same. This, he said, could increase the chance of war.

Among technocrats, however, there is less hyperbole. Tommaso Mancini-Griffoli, a division chief of the International Monetary Fund, said at CoinDesk’s Consensus 2020 conference in May that, generally speaking, “a world with more than one reserve currency is a more stable world.”

Of course, whether CBDCs will prove successful remains to be seen. While China is steadily digging the trenches to global acceptance through its Digital Silk Road and Belt and Road Initiative (BRI), the ultimate proof will be mass adoption. As Chen demonstrated, ordinary Chinese have mixed opinions.

Tab Liu was born and raised in central Henan province. Like Chen, he now studies at a university in California, where he double majors in earth sciences and international relations. The grandson of peasant farmers, Liu attended middle and high school 150 miles from home. Nearly a decade later, he is effusive about the BRI infrastructure project that made it possible for him to pursue a better education. “We have the best high-speed railway system,” he said. A distance that still takes 21 hours to traverse in the U.S., such as Chicago to New York City, takes just five in China.

Liu takes a similar pride in the rise of a cashless economy.

“In the last five years, I have not carried any cash in China,” he said. Whether the digital currency he uses is directly connected to the state does not concern him. “The Chinese government is very prudent about financial problems. As long as they officially launch the digital currency, it is highly likely to be mature and secure,” he said.

“All people have lost privacy in this information era,” Liu added, and offered examples of U.S. encroachments on privacy.

Richard Byworth, CEO of Singapore-based Eqonex, a digital-asset financial services company, said that in his custodial business, “Chinese clients based in Hong Kong and European clients mainly in Switzerland prefer dealing with [non-U.S.] financial institutions. There's a sensitivity around having assets in the U.S. and what that may mean sometime in the future if geopolitics were to become an issue in some way.”

He cited the regulatory environment and governmental reach during recent administrations as the causes of this wariness.

Byworth also points to more purely economic factors undermining trust in fiat money in general. He sees government efforts to support citizens during the pandemic as driving people to cryptocurrencies, an entirely private form of money.  “When you see that 40% of all dollars outstanding were printed during the [coronavirus] pandemic, you can understand why people are looking to assets like bitcoin to protect their wealth against this devaluation,” he said. Bitcoin, for instance, reached an all-time high of $64,000 in April, shortly after passage of the $1.9 trillion stimulus bill known as the American Rescue Plan Act of 2021.

This has implications for the digital dollar. Federal Reserve Chairman Jerome Powell said in May the U.S. is considering the pros and cons of developing a digital dollar while “carefully monitoring and adapting” to the rise of digital payment systems and private currencies, like bitcoin. While Powell has said in the past that the U.S. will not be drawn into a CBDC race with China, he notably did not mention China in this address to the American public, which was recorded and posted on YouTube.

The contrast between the two superpowers’ CBDC activity is stark. While the U.S. is “still at the stage of planning to talk about talking about it,” as Stanley Chao, a Los Angeles-based consultant on economic trends in Asia put it, China is marshaling all of its considerable resources to usher the world toward its vision of the future.

How life may change is already coming into focus about 100 km southwest of Beijing, where the Chinese have begun building what President Xi in 2017 called the “city of the future.” In Xiong’an, many of China’s development initiatives have come together: fiat digital currency, Belt and Road infrastructure and, most of all, blockchain technology that underpins it all.

Picture a newly opened 19-track high-speed rail terminal that sends commuters to Beijing, 250 km away, in 50 minutes. It’s a "green" city, with land use and development capped at 30%. And it’s the first “smart city” to have blockchain built into its core technological infrastructure.

Recently Xiong’an signed a contract with a Beijing startup, S-Labs, to make blockchain applications for food safety, project supervision, and procurement and bidding. From her close view of a smart city in development, S-Labs CEO Stacey Zhou said the significance of building a city with blockchain cannot be underestimated. “Xiong’an is special; it’s like a blank paper we can draw or write anything on. We built it on a digital chain so the real city and digital city are being built at the same time, for the first time ever. Every single data is supported by blockchain. It is real, recorded and inalterable.”

Xiong’an has used blockchain applications to pay billions of yuan for construction materials as well as to compensate migrant workers and residents who had to be resettled, all without the fraud or misappropriation that often plagues large public works.

A transformation is imminent, Zhou said. More cities will be built on blockchain and existing cities will be retrofitted with it. She said CBDC will be an integral part of life in Xiong’an, and added, “Maybe you don’t understand the technology but this is the future and the future is coming. Open your mind. Work with us.”