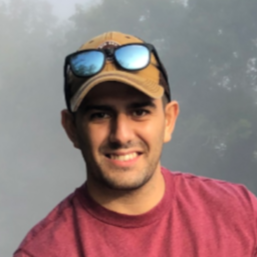 For U.S.-based readers, I hope you are lucky enough to have a long holiday weekend to enjoy. If you do, remember you are given this day off because military personnel gave their lives.

I’m personally taking this long weekend to see one of my closest friends get married. So this week’s newsletter will be short, sweet and a bit off-the-wall (and mostly statistically insignificant). When I asked one of my other closest friends how I would convince y’all to read something like this he gave me some great advice.

So, please. Let me write about the Decoupling. Indulge me.

The Decoupling. The latest iteration of “hopium” for bitcoiners and crypto natives. When it finally inevitably happens, it’ll be up only for Big Crypto and down only for Big Fiat.

It’s a bit funny because bitcoin was uncorrelated to almost all macro assets (gold, S&P 500, bonds, U.S. dollar) not too long ago. We wrote about this in our 2021 research report (page 9). Here is the chart we shared in that report with the accompanying text.

A 0.0 correlation coefficient signifies uncorrelatedness, and it’s either rather easy or rather difficult to imagine (unless you have a chaotic mind). Either all the numbers in the data sets are exactly the same, a constant, which is mathematically defined as undefined correlation, or the data set looks like utter chaos. Actually creating an arbitrary dataset with zero correlation is not easy (except for the boring orthogonal case), so I included the boring data set and an illustration of the chaotic case to drive this point home.

Being uncorrelated is awesome, but wouldn’t it be fascinating if bitcoin was negatively correlated to stocks? And then, when that happened, stocks all went on a hell-train path to zero and bitcoin went up and up forever? That’s the Decoupling.

The Decoupling is also supposed to be aggressive; “Gradually, then suddenly” is one of its calling cards. Unfortunately, 2022 has smashed the dreams of an aggressive decoupling. Here are the 90-day trailing correlations in 2022 between bitcoin and the S&P 500 and the Nasdaq Composite Index:

This clearly isn’t the Decoupling, but it does look interesting. In 2022, these stock indexes moved from a weak positive correlation to bitcoin into the positive strongly correlated band (>0.7). While not as potentially impressive as a strong negative correlation would imply, bitcoin’s return profile still resembles a macro asset we haven’t quite seen before. Just a year ago the S&P 500 and bitcoin’s correlation coefficient was negative and close to zero. Correlation moving from near-zero to strong in a year is remarkable. On top of that, this correlation was strongly negative back in 2019.

So yes, bitcoin is unique. And thus, it bears repeating: Bitcoin is unlike any other macro asset we have seen.

This all reads like a whole lot of nothing, aside from bitcoin’s uniqueness (which we already knew). But there was something quite remarkable (and statistically insignificant) I saw last Wednesday when flipping through some charts. I saw this:

There it is, all the way to the left on this chart. The first signs of the Decoupling. When Decoupling? Maybe soon (but probably not).

BUSD$0.99963147
0.00%
View All Prices
Sign up for Crypto for Advisors, our weekly newsletter defining crypto, digital assets and the future of finance.
By signing up, you will receive emails about CoinDesk product updates, events and marketing and you agree to our terms of services and privacy policy.