The group "r/Wallstreetbets" (aka WSB) is a longstanding subreddit channel where over 3.5 million Reddit users discuss highly speculative trading ideas and strategies. Described as “like 4chan found a Bloomberg Terminal,” the community has caused huge disruption to financial markets this week.

On Sept. 19, 2020, a Redditor with the handle Player896 published a post in the channel entitled “Bankrupting Institutional Investors For Dummies, ft GameStop.” In it, the person outlined a strong bullish case for GameStop (GME), a brick-and-mortar business that primarily sells video games and consoles. Since November 2015 the company’s stocks had been steadily declining due to a shift from physical media to digital, and the arrival of the COVID-19 pandemic.

The author noted that GameStop stock was being heavily sold short at the time by a number of institutional investors, despite the fact “their books are rock-solid” and Chewy CEO and co-founder Ryan Cohen had spent almost $76 million for a 12.9% stake in the company. Cohen – the largest individual shareholder of Apple Inc. – later joined the GameStop board along with two former associates from his pet health products company on Jan. 11, causing the stock price to soar 50%.

Even after Cohen joined the board and the stock price began to rebound, a handful of hedge funds and other institutional investors continued to short-sell GME stock. This was likely an attempt by large players to out-muscle amateur traders and induce panic selling. The WallStreetBets Reddit community saw this as an opportunity to push back against the financial elite and decided to whip up a buying frenzy in the hopes of creating a major short squeeze. A short squeeze might sound complicated but it’s actually a relatively straightforward process. When institutional investors short-sell a stock, what they actually do is borrow a number of shares they believe will drop in value, sell them at the highest price possible and try to buy them back later at a lower price. If they’re successful, they hand the initial borrowed amount back and pocket the difference.

If the market turns against them, however, and the price of the shares increase, the trader is forced to buy the shares back at a loss. If the price rises dramatically within a short space of time it can cause devastating losses for the short-seller. In addition, because short-sellers are forced to buy back into the asset when a short squeeze happens, it helps drive prices even higher.

Melvin Capital, a U.S.-based hedge fund, and Citron Research were among the short-sellers impacted by the WallStreetBets army short squeeze. Two major hedge funds, Citadel and Point27 Asset Management, have since stepped in to save Melvin Capital with a $2.75 billion bailout.

The world’s richest man, Elon Musk, added even more fuel to the WSB inferno by tweeting his support with the word “Gamestonk!” – a deliberately misspelled version of “stock” popularized by an internet meme.

The WallStreetBets traders didn’t stop there. BlackBerry, AMC, Nokia, and Bed Bath & Beyond have become the next set of heavily shorted stocks to enjoy the WSB treatment, posting 24%, 310%, 70%, and 46% gains on Wednesday, respectively.

Mobile-friendly trading apps such as Robinhood and Trading212 both suffered outages during the opening of the American markets Wednesday morning as retail traders flooded in to join the frenzy.

In response to this extraordinary event, Adena Friedman, the CEO of Nasdaq – the second-largest stock exchange in the world – said the platform has begun monitoring social media and will halt trading if another WallStreetBets-driven pump is flagged. TD Ameritrade has also limited GameStop trading on its platform.

The WallStreetBets Reddit channel briefly went private on Wednesday in response to millions of new users pouring in. Discord also reportedly banned the WallStreetBets server due to a flurry of discriminatory posts and hateful comments. In a post, the moderators of WSB commented, “We have grown to the kind of size we only dreamed of in the time it takes to get a bad night’s sleep. We’ve got so many comments and submissions that we can’t possibly even read them all, let alone act on them as moderators.” 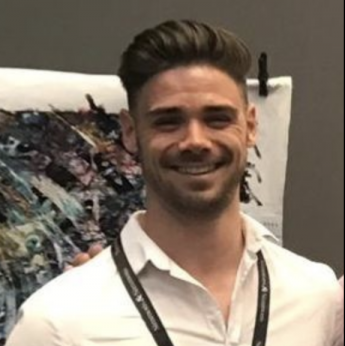 Subscribe to Crypto Long & Short, our weekly newsletter on investing.

On Purpose, With Tyrone Ross