Mat Cybula is the CEO of Cryptiv Inc, a Toronto-based startup that provides enterprise-grade blockchain wallet systems that enable private-key and employee-access management.

In this CoinDesk 2016 in Review special feature, Cybula discusses why he believes the current political environment is priming the world for blockchain-based change. 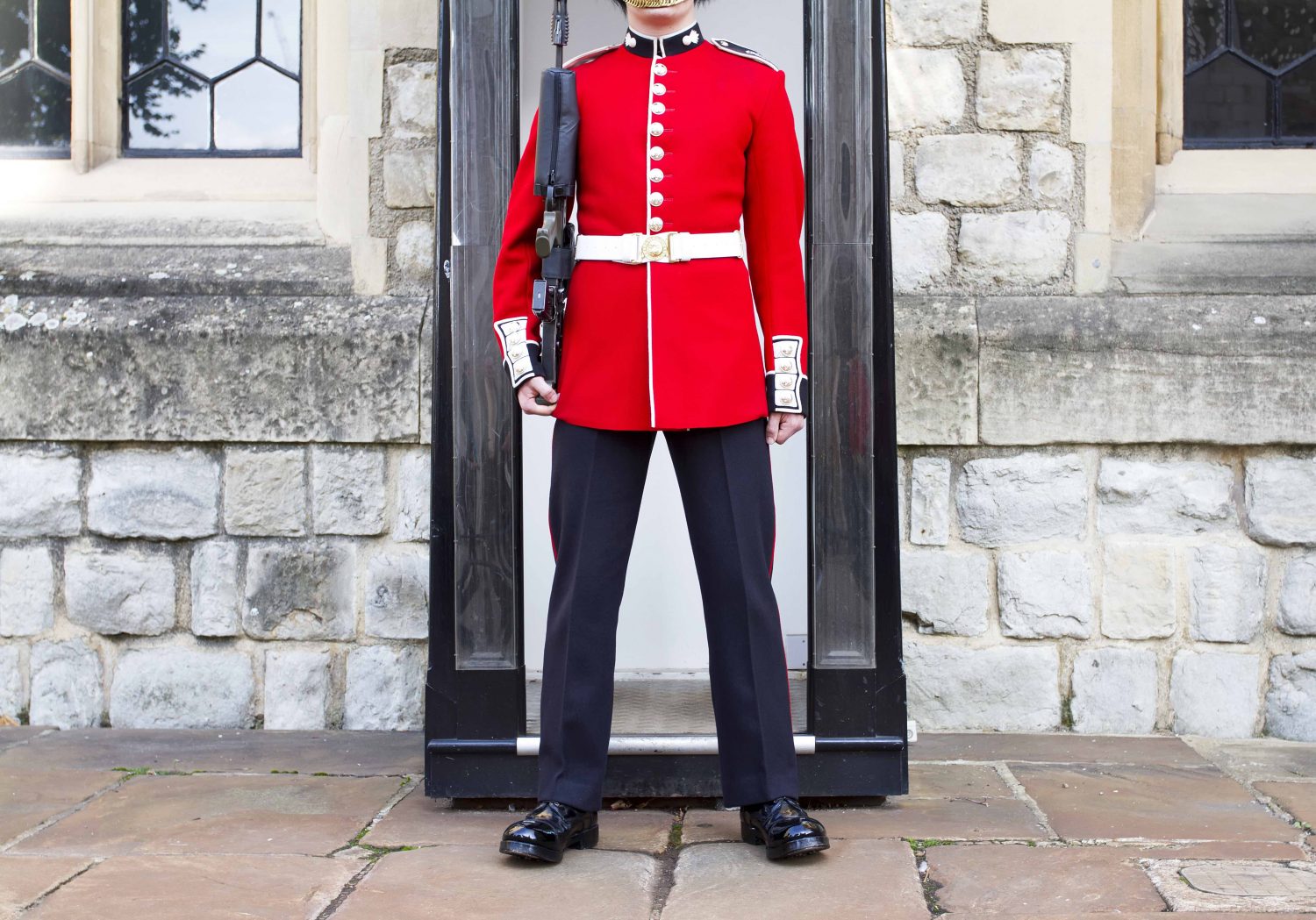 2016 has been a year of full of surprises. Unexpected events like the rise of Donald Trump and the victory of the 'Brexit' supporters in the UK have left a trail of baffled "experts" and commentators in their wake.

The scaffolding that has held the global order in place for the past 20 years has taken a string of unanticipated hits from unlikely sources, and the powers that be have looked clumsy as they have tried to adapt.

It is difficult to pin down, but it feels like something big is changing in our world.

Now, as blockchains stand poised to impact the world of protocols, this may really only just be the beginning of more change to come.

Before we explore how the power structures of the world may be changing, let us take a careful look at these things we call "protocols". The word "protocol" has a certain cross-disciplinary characteristic that is quite interesting and relevant to current events.

A protocol, by definition, refers to a set of rules and procedures that govern a given system.

This can refer to social systems, like one's expected behavior in a certain situation amongst a group of people. Many of us may remember feeling a social sting when we were judged to be in violation of accepted social norms by your peers.  That was you breaching protocol.

Within the corridors of power, protocols are very important indeed.

Diplomats, politicians, and CEOs all have to abide by these protocols if they want to be part of the game. And when protocols are breached, even in subtle ways, it usually means that there are tensions below the surface.

One thing that seems certain is that something profound has changed.

The election of Donald Trump and the 'Brexit' referendum have altered the norms and protocols that many smart people previously took for granted.

Whether one thinks that Trump is a con artist, a neo-Reaganite messiah or a disciple of the dark art of non-linear warfare (developed by Putin’s propaganda chief Vladislav Surkov), it is undeniable that he has just rewritten a lot of rules.

The common thread is a feeling that the old rules must change at all costs because those in power have failed us. And this suspicion of the elites and of globalization's benefits make sense when viewed through the lens of inequality.

Voters want new protocols to replace a status quo they feel is rigged in favor of those with wealth and power. But, why has this populist demand for change seemingly come out of nowhere in 2016?

What may have changed is that these arrangements are getting harder to cloak in their traditional veil of secrecy. Partly, this is due to the fact that there is now a digital paper trail that has allowed hackers like Guccifer 2.0 and whistle-blowers like Snowden to spring "leaks" and allow us to peer behind the curtain.

Leaked emails and documents, like the Panama Papers, have provided a glimpse into the messy details of how the world really works at the top levels.

What they have revealed confirms the suspicions of the most cynical amongst us.

This sentiment now seems on the verge of spilling over into the world of finance, with monetary experiments and unexpected shocks coming from multiple sources.

In China, the year began with state interventions designed to reverse a collapse in Chinese stock market, which was followed by a persistent flight of capital, reserve depletion and currency devaluation.

Europe faced its own set of challenges, with the UK choosing to leave the political union, while the euro currency project braces for challenges from populist parties in Italy and France. Despite all this turmoil and the unexpected election of Donald Trump, stock indexes are flirting with the record-breaking levels.

The year has also seen the evolution of a number of unorthodox monetary policies being carried out and some that are winding down.

India's Prime Minister Narendra Modi shocked his country, and its economy, with an unexpected ban on the two highest currency notes in circulation.

This move, which some view as an escalation in the "war on cash", is a bold monetary experiment on a massive scale that aims to strengthen central controls over their currency. Meanwhile, another monetary experiment – named quantitative easing, a policy that has been in place since 2008 – has begun to unwind with the Federal Reserve raising rates for the first time since the financial crisis.

Equally notable have been the monetary experiments that are being conducted on public blockchains.

These projects have come a long way in 2016 and are beginning to carve out an important niche within the world’s financial system.

A year ago, the price of bitcoin was a lowly $400 and the ethereum network was an upstart altcoin that was worth barely $1 and had yet to prove itself. Granted, both projects have had their issues, bitcoin is still seemingly stuck in a civil war over scaling plans, and ethereum had to deal with the repercussions of the DAO hack and DDOS attacks on their network which led to some unplanned hard forks.

Not to be outdone, the financial industry has collectively awoken to the potential for blockchain technologies in 2016 and has spent the year investing heavily in the industry, forming coalitions and generally trying to figure out a way to leverage this new technology.

Changing of the guard

The word protocol can also refer to something a bit more technical, like a set of rules that allow a computer to interact with a given network.

Packet-switching protocols, a brilliant idea developed by Paul Baran to create nuke-resistant communications, are about as integral to our daily lives, and the economy, as electricity or central heating.

After all, that is all these blockchain networks really are – a clever arrangement of a new set of technical protocols that allow peers to move "value" between one another.

Given the uncertainty in geopolitics, the fragility of legacy financial infrastructure and the potential for blockchain technology to address these issues, it looks like a number of new technical protocols may be on the horizon in 2017.

On the public side, bitcoin continues to appeal to those seeking shelter from monetary chaos and capital controls, while the ethereum network has enabled a new wave of innovative projects. Ethereum now serves as a platform for decentralized implementations of everything from predictions markets and fund management to P2P cloud computing and corporate governance.

Meanwhile, bitcoin is being used as a remittance alternative and a store of value in countries like Venezuela, India and China.

Public-ledger advocates believe that the open-sourced and permissionless nature of these systems, combined with network effects and a genuine demand for stateless and secure P2P money make change inevitable.

In the corporate world, blockchain technologies are viewed as a solution to help re-engineer the existing financial system that is desperate to modernize. From this perspective, blockchain is an incredible technology that can be leveraged by the world's existing financial institutions to clear transactions faster, reduce overhead and replace legacy systems that are long overdue for an expensive upgrade.

This could create a financial system that is safer, more transparent and affordable.

The financial industry is highly competitive and attempting to get financial institutions to collaborate is no easy task. This has stemmed the ability for network effects to take hold as we see startups, consortiums and banks trying to build permissioned blockchains.

It is evident that we are beginning to pass through the peak of Gartner's hype cycle.

As the excitement settles down and many come to terms with the limitations of blockchain technologies, we will begin to see some proof of concepts die off and the more promising ones go into production. Incumbents will go after the low-hanging fruit where blockchain technologies can provide real solutions in the near-term.

They will continue to use this technology to sustain and strengthen their existing business models. In the meantime, we will likely see more ICOs and the development of applications on both the bitcoin and ethereum networks.

These applications will come to represent a growing threat to the incumbents as they provide alternative financial services and products to a developing niche market of early crypto-adopters. We will begin to see mainstream adoption of these applications from financial institutions like hedge funds and other fund managers.

Likely, the predominant use cases of public blockchains will continue to be for financial speculation and as an alternative store of value.

What is so fascinating about blockchain technologies, however, is that they combine powerful forces – peer-to-peer cryptography, financial markets and network effects – to achieve disruptive ends. The thing about disruptive change is that it is scary and difficult to predict.

People have trouble dealing with uncertainty and we generally avoid it.

But, in 2016, we witnessed a tide of uncertainty being unleashed deliberately by voters who are increasingly willing to gamble on an uncertain future because they feel like they have little to lose.

By all accounts, 2017 could prove to be even more unpredictable. Scary as this may be, it also means that there will be ample opportunity to make a positive impact in a world yearning for change.

Under these uncertain conditions, blockchain technologies of all flavors have the potential to be transformative in the coming year – it is exciting to be a part of it.

Have an opinion on blockchain in 2016? A prediction for 2017? Email editors@coindesk.com to learn how you can contribute to our series.

BUSD$0.99981479
0.02%
View All Prices
Sign up for Crypto for Advisors, our weekly newsletter defining crypto, digital assets and the future of finance.
By signing up, you will receive emails about CoinDesk product updates, events and marketing and you agree to our terms of services and privacy policy.