Matt Burgoyne is an associate at Canadian legal firm McLeod Law. He is involved with Canadian and international counsel in the developing area of virtual currency law, specifically including bitcoin currency.

One of the most frustrating things I encounter when being retained by a new client or working with an existing client operating in the bitcoin space is that without exception, I have the unfortunate task of advising them that as it stands now in Canada, the chances of them obtaining a regular commercial services based bank account are 0%.

Sometimes this is a non-starter and the bitcoin entity makes the decision to set up operations in another country, which is extremely unfortunate for a variety of reasons, including the economic loss to Canada derived from losing a potential new Canadian business and the more important loss to the potential client in regards to their bitcoin business.

This is a shame, because, as I have previously mentioned on CoinDesk, Canada is an attractive environment for bitcoin entities to set up operations since our country does not have, for example, the state-by-state money transmitting regulations that currently exist in the US. 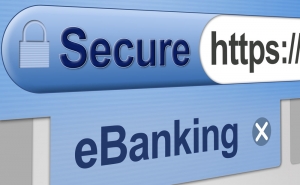 Without basic commercial banking services, most bitcoin businesses would have a tough time operating, as businesses in general often need, as an example, the ability to deposit money somewhere and require some level of online banking.

I have personally spoken with presidents and senior vice-presidents of major Canadian banking institutions and credit unions, and the impressions I get can be summed up as follows:

(a) Banks are still in the process of figuring out what bitcoin is and how to deal with it, since it is a disruptive technology which could arguably compete with the bank’s own existing services and products (although no banking executives on my calls explicitly mentioned the competition concern).

(b) Banks are apprehensive about boarding new bitcoin clients because Canada’s federal government, via the Department of Finance, has yet to introduce regulations which specifically target bitcoin and digital currency operations.

(c) Banks are apprehensive about boarding bitcoin entities over concerns related to money laundering activities which could be carried out by their newly boarded digital currency clients.

As mentioned in section (b) above, Canadian bitcoin entities are presently victims of a ‘catch 22’ type of situation: they are caught in a situation from which they cannot escape because they are subject to arbitrary banking rules and the lack of Canadian legislation, which effectively places them in a situation in which they have no control over.

Buried on page 134 of the 419-page recently released Canadian 2014 Federal Budget, the Canadian federal government confirms that it will “introduce anti-money laundering and anti-terrorist financing regulations for virtual currencies, such as bitcoin”.

OK, so regulations will be introduced by the Canadian government which will specifically address bitcoin, which would, in my opinion, put Canadian banks and credit unions at least partially at ease as per (b) above, but when are these regulations going to be announced and come into effect?

There has been absolutely no guidance from the federal government on this issue. It could be next week or it could be in six months. In the meantime, bitcoin entities are caught in this unfortunate ‘catch 22’ predicament. 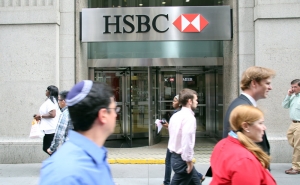 An issue which deserves some serious attention is the way that both Canadian and international banks execute their anti-money laundering and anti-terrorist financing regulations.

It’s great that banks have anti-money laundering and anti-terrorist financing policies, but often the execution of those policies are abhorrent and sloppy at best.

Case in point, in an article published by elitedaily.com on February 21st 2014, entitled 'The Ugly Truth Behind Major Banks Financing Mexico’s Drug Cartels', the author noted that:

“Since 2006, more than a dozen banks have reached settlements with the Justice Department (United States) as restitution for violations related to money laundering. American Express Bank International admitted to processing more than $55 million in drug money that had been laundered through offshore shell accounts that it operates.”

Readers may recall that last December, the British bank HSBC (which has a large Canadian presence) agreed to settle with the US Justice Department to pay approximately $2 billion in penalties for having moved $881 million in drug proceeds from cartels in Mexico and Columbia during a recent five-year period.

Arguments have been made that banks in general often do not face criminal prosecution for violating anti-money laundering and anti-terrorist financing regulations, but instead, according to the author of the aforementioned article referred to above, “(accept) settlements that either defer or erase the threat of criminal suits.”

If this is true, it can be argued that there is little incentive for banks to actually toughen internal regulatory compliance.

There have been instances of senior bank executives leaving their positions at their respective banks because of this lack of internal regulatory compliance.

For example, in the aforementioned article, reference is made to a gentlemen named Martin Woods, who served as director of Wachovia’s anti-money laundering unit in London for three years before leaving his position ‘in disgust’ after his repeated requests to executives to put a stop to ongoing drug money laundering operations, which were allegedly occurring in Wachovia’s branch network, were ignored).

Canadian and international banks take the position that they won’t board bitcoin clients because of concerns that bitcoin entities could be used to facilitate drug money laundering activities. At the same time as a result of sloppy execution some of these banks are guilty themselves of facilitating drug money laundering activities and as a result have paid billion dollar settlement fines.

Is this hypocrisy?  At a minimum it appears to be an inconsistent application of anti-money laundering policies internally versus externally to bitcoin clients.

I believe that the mainstream media, when discussing bitcoin and the risk of money laundering activities associated with it, fails to consider or comment on the hypocrisy issue discussed above.  This is most unfortunate.

APT$17.99
3.16%
View All Prices
Sign up for Crypto Long & Short, our weekly newsletter featuring insights, news and analysis for the professional investor.
By signing up, you will receive emails about CoinDesk product updates, events and marketing and you agree to our terms of services and privacy policy.