The firms, all startups, are awaiting the delivery of their machines from manufacturers Robocoin and Lamassu. They say they have locations staked out, but are keeping mum until they are ready to make an official public announcement.

The firm with the most ambitious plan is Global Bitcoin ATM Ltd. The bootstrapped startup plans to install five machines per month in the UK, starting in London. It eventually plans to install machines globally, according to its spokesperson, Terry James.

Global Bitcoin says it has a high street location somewhere in central London in mind for its first machine, a Robocoin unit, which it expects to receive and install in early February. James said:

“The first machine is due in February, and we've got two machines already paid for. We're hoping it will be the first of its kind in the UK."

The Robocoin ATM is capable of two-way conversions between bitcoin and fiat currency, and includes a feature which can identify users via a biometric reader.

James' firm has a unique take on the ATM operator business model. Instead of owning and operating the machines itself, it plans to operate the machines on behalf of their individual owners.

The firm maintains the machines and finds venues to install them. The owners pay Global Bitcoin ATM for the service on 24-month contracts. Thus, the firm acts as a service provider for a network of ATM owners. James said:

"We think there's a niche for people who want to get involved [in bitcoin ATM ownership] but don't have the time or resources."

James said his firm intends to use Robocoin machines for the time being, adding that the company is also joining the Bank to the Future incubator for bitcoin startups in London. The firm is bootstrapped and has no institutional funding at the moment.

Another individual with designs on making history with London's first cryptocurrency ATM is Joel Raziel. The boutique real estate developer is awaiting delivery of his Lamassu unit, which is also due in early February.

Having found a location in East London to install his ATM, Raziel is currently in the process of confirming it. He said he bought the machine – which costs about $5,000 – on a whim.

"This is completely out of the ordinary for me, it is very much an impulse buy. I'm kind of biting my nails over it." 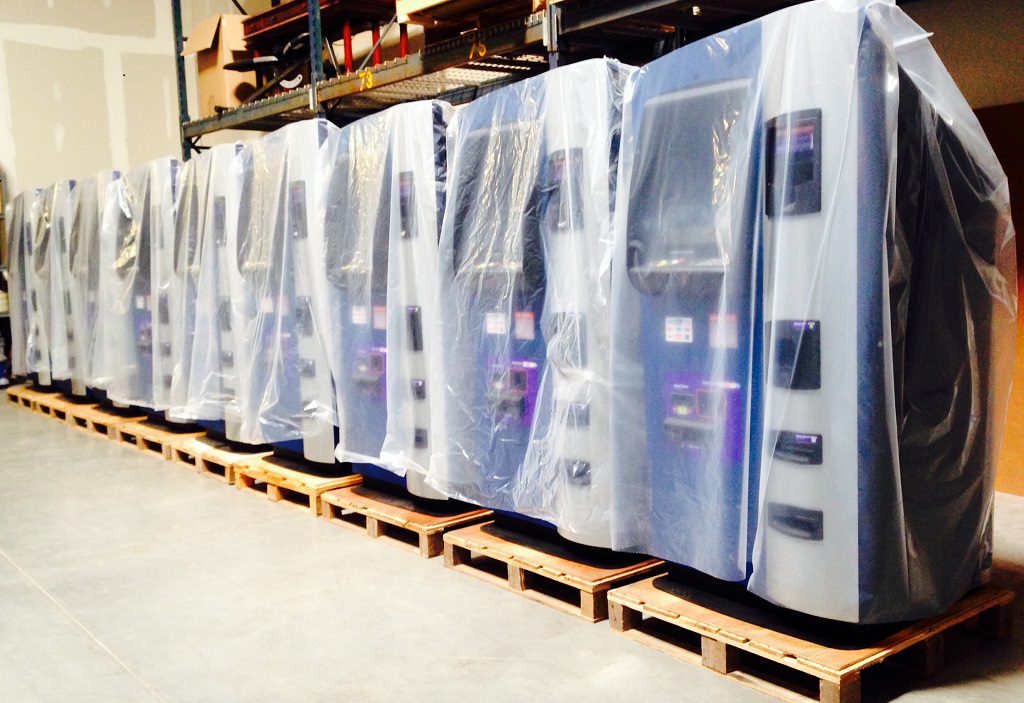 However, since CoinDesk spoke to him in early January, a spate of bitcoin ATM installations around the world have been announced. Raziel now thinks his ATM could be a viable business. "I think there's definitely commercial value to it and I'm sure it could turn a profit," he said.

Neither Raziel nor Global Bitcoin ATM have said what they will charge customers who wish to use their machines. ATMs elsewhere, like Canada, for example, typically charge a 5% fee per transaction.

The third player in London's bitcoin ATM race is Satoshipoint Ltd. The firm's co-founders are Hassan Khoshtaghaza and Jonathan 'Jonny' Harrison. The firm has two Robocoin machines on the way, but they're lagging the competition with a delivery date scheduled for early March.

Satoshipoint will install its Robocoin ATMs at bureaus d'change on Oxford Street and in Notting Hill, both popular tourist destinations in Central London. Khoshtaghaza would not say exactly where the machines would be located, although he did say fees would be 3 to 5%.

Khoshtaghaza said the firm is planning to buy more machines if the first two prove to be popular.

The ATM operators contacted said there are currently no specific laws or regulations in place to govern bitcoin ATMs in the UK. However, Satoshipoint and Global Bitcoin ATM said they preferred Robocoin machines partly because of the units' 'Know Your Customer' features, which allow the operator to maintain a record of the machine's transactions, along with identifying information.

Bitcoin ATM installations have boomed in the last two months. Manufacturer Lamassu announced it had received its 100th order at the end of December, while three Canadian cities had their first bitcoin ATMs installed last week.

Attracted by the opportunities emerging in the space, new manufacturers, from open-source projects like Skyhook ATM, to firms planning to scale globally like Ottawa's Bit Access, have entered the space.

The first bitcoin ATM was installed in Vancouver at the end of October. That Robocoin unit reportedly accepted more than CA$1m in deposits in its first 29 days of operation, putting the business in the spotlight.