Yesterday, the Huffington Post reported on Sir Bob Geldof’s recent response to Russell Brand’s call for a revolution, in which Geldof claimed “bitcoin is a nice idea but it simply won’t work".

Geldof's criticism wasn't based on his ignorance of the technology per se, or ignorance of economics in general, as Max Keiser suggested, but rather was an attack on monetary systems generally.

According to the Huffington Post he "blamed the failure of capitalism on the banks going 'out of control' and due to human greed, inventing 'completely spurious' financial products".

The crowning moment was when Geldof, who was addressing young entrepreneurs at the Huffington Post's incubator "Rockstar Group", a mentoring organisation, said:

"You couldn’t have a system that deals with value through cash or money or any other value system. It won’t work. Bitcoin is a type of that, It simply won’t work. Nice, but it won’t work.”

Like Jesus knocking over the tables of the money changers on the steps of the temple in Jerusalem, or Paul proclaiming that ”the love of money is the root of all evil",  Geldof’s message is not simple bitcoin bashing as some bitcoiners have interpreted it as. Nor is it Krugman-style click bait a la the ‘Bitcoin is Evil’ headline in the New York Times recently.

Rather, Geldof's message is that merely changing the mechanics of money misses the larger point, that man’s inhumanity to man continues under all financially oriented systems. But this is where Sir Bob seems to have missed the potential of bitcoin to change the developing world’s economics from the ground up.

According to statistics released by the World Bank, global remittance totalled somewhere between $400bn and $530bn in 2012, and it predicts that figure will grow to around $685bn in 2015, of which companies like Western Union and Moneygram plus banks themselves take a hefty chunk.

According to the Guardian’s report in January 2013:

"The remittance phenomenon has been largely recession proof, although there was a dip in 2008/09, but the biggest complaint from migrants is the cut taken by banks and wire transfer firms.

The G8 wants the global cost of sending money lowered to an average of 5% by 2014, giving billions more to migrants' families.At present, the average fee is about 9%, meaning an average of $18 for every $200 sent, but in some parts of the world it tops 20%."

The news provider report goes on to say: "India and China were the biggest beneficiaries of remittances last year, each receiving more than $60bn, followed by the Philippines ($24bn), Mexico ($24bn), and Nigeria ($21bn). Egypt, the sixth largest, has seen the value of remittances surge from less than $9bn in 2008 to nearly $18bn last year."

Recently, CoinDesk reported on the Philippines as the third-largest global market for remittances with an estimated 2.2 million Filipino expats around the world sending home around $13.9bn last year alone.

New companies like BitPesa in Kenya and MEXBT have proposed that they could lower the remittance fee to as low as 3%, and with Mexico’s annual remittance accounting for 10% of the Mexican economy, Mexican banks and businesses have reportedly been keen to jump on board.

In addition, according to business week, Ripple recently announced "it would begin transferring cash into its network at the hundreds of thousands of convenience stores, pharmacies, and other businesses around the world where ZipZap payments are accepted", which would be Ripple’s first step toward cracking the global remittance market. 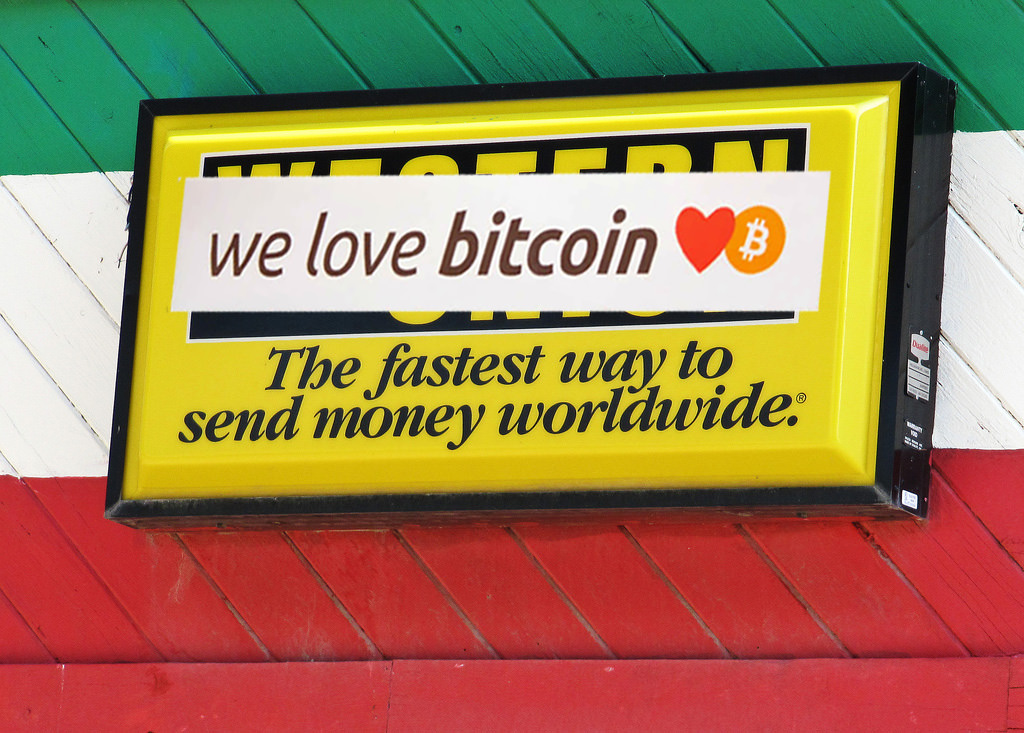 ZipZap charges a flat fee of $3.95 to send up to $500 in cash, so were they to supplant Western Union as the world's money transmitter of choice they could potentially profit by as much as $1bn a year.

Thus, whilst Krugman may proclaim that ‘bitcoin is evil’, there’s plenty of evidence to suggest that exactly the reverse is true. In contrast, Paypal and other payment networks are blocked in many developing countries, so rather than Bitcoin being ‘an antisocial network’, it's highly likely that it will help spur growth and development in the world’s poorest economies, if used appropriately and responsibly and alongside the existing social networks like facebook and twitter. One such company that uses these networks already to confirm transactors identities for example is Dealcoin, run by Hakim Mamoni.

Detractors note that using bitcoin for remittance might be unethical and that, with its wild fluctuations in value and its experimental nature, the west shouldn't, in good conscience, be pushing the technology on some of the world's poorest people. The response from remittance companies is that users who are sending bitcoin back home only need to hold it for a maximum of 20 minutes, between buying the bitcoin from a local exchange in the UK, and having it paid into their family's bank-account back home.

Companies like Buttercoin are working with money transmitters in Canada and India to implement bitcoin behind the scenes, so that consumers will never have to interact with bitcoin at all, claiming they will aim to take less than 1% commission on transfers. Cedric Dahl, Buttercoin’s CEO said: "Migrant workers who are using the system may not know what bitcoin is, but they are going to use it."

Geldof probably hasn’t understood the ramifications of bitcoin yet, but it’s precisely for aid activists like Geldof, that the potential impact of Bitcoin technology must be clearly understood.

Aid from rich to poor countries has often been criticised as being a corrupting influence on developing economies. Aid is often a one-way street which hides political agendas and holds the weaker country to ransom, whilst remittance is characteristically a-political.

Aid does not tend to stimulate a country's economy in the same way that remittance can and as global annual remittance accounts for around three times annual global aid there are serious questions being asked about the efficacy of aid to developing nations in comparison to remittance. Some parties are even asking if aid could be entirely replaced by migrant remittance with lower fees, suggesting that a more stable, healthy, balanced global economy could be achieved as a direct result of a decentralised (bitcoin-based) remittance model.

Bitcoin observer Andreas Antonopoulos has continually noted in recent months that there is a desperation in developing economies for this technology, a sentiment backed by Tomas Alvarez, CEO of latin-american remittance service Coincove, who says in the Pan-American Post: “The allure of bitcoin mainly rests on its potential to protect us from governments that mismanage their economies (often resulting in currency debasement), a situation to which no Latin American is a stranger.”

What bitcoiners are really building is a decentralised alternative economy with a ‘trustless’ cash network, creating communities based on trust and reputation as they go. That’s a big deal in a global village when your digital community is made up of friends in cities all over the world, and it’s especially a big deal when your family is spread out over different continents and you are forced to send money home to support them.

Bitcoin may stand poised to help change the distribution of global wealth by taking the financial monopolies of the pound, dollar, euro, renminbi and yen on at their own game.

It may take them outside the traditional playing fields of the developed nations, who relentlessly collude and compete to create bottlenecks in trade between developing economies which they can then leverage and exploit as competitive advantages against one another. But while bitcoin may have the capacity to reform global charity, it’s first big challenge is the remittance industry, disrupting those transfer monopolies at their root and routing around the damage that they’ve caused.

BUSD$0.99950488
0.03%
View All Prices
Sign up for Market Wrap, our daily newsletter explaining what happened today in crypto markets – and why.
By signing up, you will receive emails about CoinDesk product updates, events and marketing and you agree to our terms of services and privacy policy.