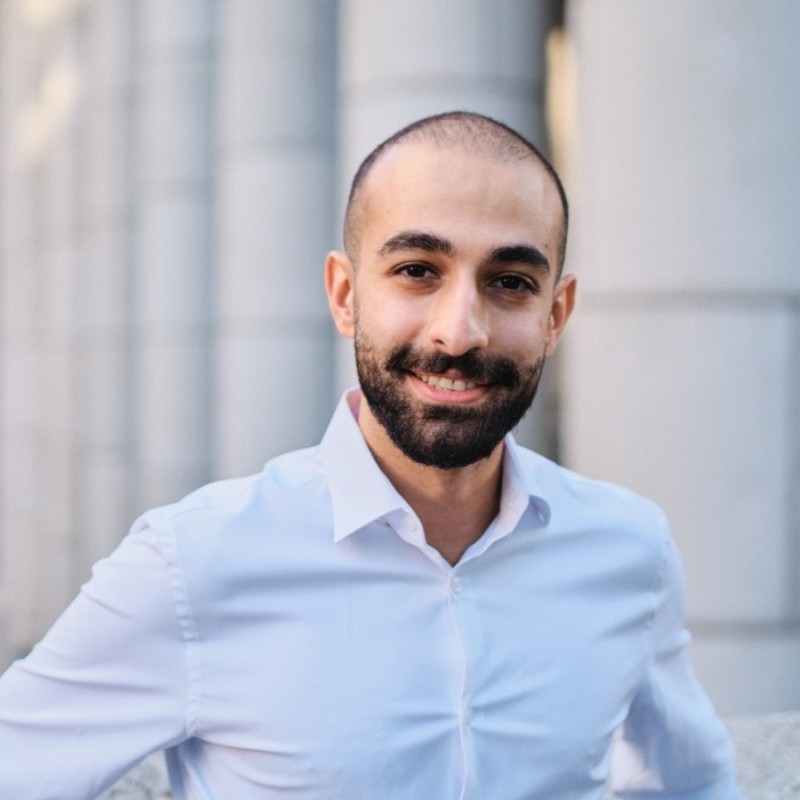 The product lifecycle will inevitably necessitate design decisions that should not be made in a vacuum from the intended use case and users of the product. As such, it’s necessary for builders to identify a user and use case before embarking on the product development journey.

What is DeFi’s use case?

When you think about the “real-world use case” of DeFi, the idea often put forward is that DeFi’s efficiency could make it a replacement for the back-end systems of both fintech and traditional finance (TradFi). This is the DeFi mullet thesis.

DeFi is indeed well-positioned to be used by fintech and TradFi, although it is short-sighted to believe that this will be the only use case. It’s often the case that novel technologies are first applied to making existing economies more efficient, but go on to spur new economies that were not previously possible.

Besides being used as the back end for TradFi, DeFi will also give rise to "net-new," Web 3-native economies that weren't conceivable in a pre-crypto world. I believe builders have to consciously choose between these two options, because during the product lifecycle, they will have to make design decisions that have different trade-offs for each of these use cases.

Old economies with new tech vs. new economies on top of new tech

When steam engines were invented, they were used for powering ships that were previously powered by the wind. That was a massive improvement on an existing construct – maritime transport. The steam engine was also used as a base layer to invent trains – that was a net-new construct. Maritime transport at scale was already possible with wind-powered ships and got a massive efficiency boost with steam engines. Land transport at the scale made possible by trains wasn't possible before trains paved the way for new economies in land-locked areas.

In the pre-internet era, if someone wanted to book flights and hotels, that person would need to go to a travel agency where an agent would book the trip by phone and fax. With the rise of the internet, travel agents replaced their fax machines and telephones with email. Eventually, travel websites like Expedia automated the agent away while maintaining the same workflow and the same supply and demand – this was an old economy using new technology. Airbnb came later and expanded the supply side to homeowners while extending the demand side by making new types of travel possible. Airbnb was a web-native construct and a net-new economy.

The internet made brick-and-mortar retail stores more efficient in ordering, forecasting and managing stock. Then the rise of e-commerce extended the supply and demand sides of the market.

The key trend that I’m pointing out is:

Builders will ultimately be faced with design choices that cannot cater to multiple use cases and users – builders will need to choose whether their technology is aimed to make existing economies efficient or to be the infrastructure for new economies. In order to build new constructs, builders have to envision net-new users and use cases in their product development lifecycle.

Building for a net-new, Web 3-native economy will be like assembling a permissionless DeFi infrastructure stack. The permissionless aspect of this stack isn't just specific to the users who interact with the protocols, but more importantly, for builders.

This trend is already seen with builders in DeFi who optimize to be a infrastructure layer for new constructs versus builders who optimize for allowing TradFi and fintech to capitalize on the efficiency offered by their protocols.

The first wave of money-market protocols optimized for creating unfractured lend/borrow markets for trusted and liquid assets by focusing on risk management of a single market.

The second wave of money-market protocols like Fuse are focusing on being an infrastructure layer, allowing anyone to permissionlessly create isolated markets. They separate risk management on these platforms from the infrastructure itself where market creators are responsible for adding collateral types and setting the borrow parameters. This makes Fuse a platform of plural money markets, each with unique assets and parameters.

The first wave of automated market makers optimized for creating efficiency for conventional assets by creating efficient pool types for those assets. The second wave of AMMs, such as Balancer v2’s Vault, allows anyone to permissionlessly create an AMM with its own unique invariant on top of Balancer. This makes Balancer a platform of plural AMMs, each with its own unique math optimized for various asset types.

What are net-new, Web 3-native economies?

The short answer is that we don’t know yet. In retrospect, things like podcasts and Airbnb that when launched didn’t make much sense now seem inevitable. Today, these net-new economies of Web 3 might not be so vivid to most of us either.

Some trends in the zeitgeist that hint at how these new economies might look are Cloud Cities, the metaverse and GameFi.

The metaverse isn't a new term or idea. The term dates back to Neal Stephenson’s novel “Snow Crash,” which was published in 1992, and the idea is much older. Given social media, massively multiplayer online (MMO) games, virtual reality/augmented reality, this concept has been on the rise for some time, but the usage of the term itself took on a new life recently as the economical implications of this concept became more vivid to the zeitgeist after the NFTs (non-fungible tokens) and DeFi gained prominence.

See also: Web 3 and the Metaverse Are Not the Same

GameFi is perhaps a more concrete example. Historically, games have attracted players through story/narrative, gameplay mechanics and visuals/graphics. Games like Axie Infinity introduced a fourth dimension: in-game economies. Game developers use templates, modifiable frameworks and redeployable infrastructure wherever possible to produce the former three dimensions. If game makers were to add economical layers to their games, it’s likely that they would succeed if they had access to a redeployable DeFi infrastructure. Cloud Cities and GameFi highlight the infeasibility of monolithic DeFi markets where the governance of the markets are tied to the same apparatus that governs the protocol.

The old way is to be consumed with governance lobbying or rebuilding the wheel by spending developer resources on DeFi integrations – this won't scale for beyond the financial bedrock of new economies. The new way is to make a single integration into the DeFi stack, allowing projects to lean into their own core competencies and focus on building the product/service that people want.

DeFi builders will need to decide if they want to create the layer that gives rise to these new economies or if they want to build technology that serves the efficiency issues of old economies.

DeFiWeb 3.0Opinion
The Festival for the Decentralized World
Austin, Texas
Save a Seat Now

By Amitoj Singh
Sponsored
May 26, 2022 at 1:30 a.m. UTC
May 26, 2022
RegulationsPolicyRBICentral BankCoinbaseSupreme Court

By Zack SewardJennifer SanasieWilliam FoxleyWendy O
Sponsored
May 25, 2022 at 11:00 p.m. UTC
May 25, 2022
PodcastsCryptoBitcoinA16zNFLNFTs
Don't Miss The Festival for The Decentralized World