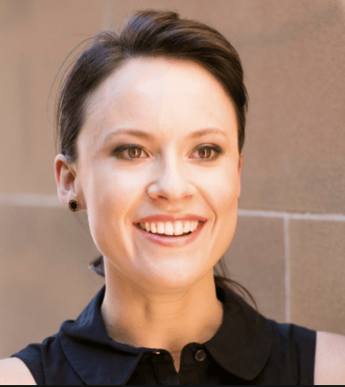 In feudal Japan, the term ronin was used to describe a Japanese samurai without a master. Left alone due to the death of his lord, or loss of his privilege, a ronin was a warrior adrift, roaming at large, free from the constraints of loyalty. Expressed by two characters that literally mean floating and man, the term in Japanese culture invokes a sense of tragedy and failure, a disgraced entity at the edge of society. Today, the Japanese use it to describe students who failed their college entrance exam and must try again, living masterless until they pass.

This is where the Ronin blockchain gets its name. Built and owned by the Vietnamese game development studio, Sky Mavis, Ronin is a sidechain, or parallel network, to Ethereum designed specifically to overcome the scaling challenges experienced by the developer's first blockchain game, Axie Infinity. Sky Mavis founder Trung Nguyễn created it after the original Ethereum scaling application Axie was built on, the Loom network, abandoned the gaming sector to focus on enterprise blockchain instead.

Leah Callon-Butler is a CoinDesk columnist and director of Emfarsis Consulting.

See also: How to Pick the Right Play-to-Earn Game for You

What Nguyễn and his team built was a robust sidechain, which has proven itself independent and impenetrable thus far. Unlike the traditional trope, however, Nguyễn’s Ronin could never completely go it alone, as its users still need to be able to interact with other blockchains. As such, it was the “bridge” that connects Ronin to the main Ethereum network that was exploited for 173,600 ether (ETH) and 25.5 million USDC worth over $625 million in total at the time of the attack last month, one of the largest crypto heists to date.

While the attack was obviously a direct hit on Sky Mavis, its broader implications demonstrate how these floating protocols are actually deeply connected through common membership to the decentralized ecosystem and the universal need for interoperability. If they respond in solidarity, this crisis may be reframed as an opportunity for the community to rebuild better together.

“I was shocked and sad but then immediately became calm because it’s the only way to get through this effectively,” Nguyễn told me over Discord, when I asked about his immediate reaction to the hack. Since then, the company has announced a $150 million funding round led by Binance that – combined with Sky Mavis' balance sheet funds – will be used to reimburse all users affected by the Ronin Validator Hack. That kind of emergency funding must be a huge relief to a founder at the center of one of the biggest blockchain-based burglaries in history, but even before he had that guarantee, Nguyễn maintained his composure.

“We plan carefully, over-communicate and solve one thing at a time; each of us needs to be the person others can emotionally and logically rely on,” said Nguyễn. I got to know him pretty well last December, when I profiled him for CoinDesk’s Most Influential series of 2021, and can say that this response is the deeply analytical, process-driven Nguyễn to a tee.

Through removing emotions and “over communicating every single step” to each other, Nguyễn said his colleagues are able to feel a greater sense of control and become a source of reliability for others. From there, a sense of assurance amplifies throughout the team, he said.

In spite of all the recent challenges, Sky Mavis is still forging ahead with the launch of its new game, Origin, which is an evolution of their first release. The mood in the Vietnam office right now is one of stoic resolve, Nguyễn told me.

“We were hesitant that we wouldn't have enough resources to support the Origin launch and scalability,” Nguyễn admitted. “However we trust both the incident and Origin teams to handle whatever issues may arise,” he said. Some might say Nguyễn has nearly impossible standards; he has taken years to build an all-star team that he feels he can trust and rely on.

After the hack was announced, my Twitter feed lit up. Plenty of obvious backers came out to demonstrate their support for Axie’s core team, but it was Axie’s competitors that truly set the tone. Corey Wilton, creator of the popular blockchain game Pegaxy, tweeted that he felt “very very sad” and acknowledged the immense pressure upon the Sky Mavis team.

Robbie Ferguson, co-founder of Immutable X, a layer 2 scaling product for Ethereum that competes with Ronin in the blockchain gaming sector, tweeted that his thoughts were “also with Axie” and said he was confident they would recover from the crisis.

Kieran Warwick, co-founder of the upcoming game, Illuvium, which is built on Immutable X, has been a particularly vocal critic of Axie Infinity in the past. But upon news of the hack, he dropped his competitive streak to show comradery instead. “Competition is great, but nobody likes to see something like this happen,” he tweeted.

This is a stark contrast to recent times, when the Axie FUD has sometimes been deafening. Along with the spectacular crash of SLP, Axie’s in-game reward token, from an all-time high of just over $0.39 in July 2021, to a low of $0.015 in March 2022, we’ve witnessed the general sentiment for play-to-earn gaming turn from dizzyingly sensationalist to deeply scrutinous.

Likewise, the news headlines turned from proclamations of poverty alleviation and economic empowerment to questions of ethics and exploitation.

Today, there are more than 398 blockchain games being played worldwide, and $5.4 billion in funding has poured into the space, led by heavyweight VCs, including Andreessen Horowitz and Sequoia. The sector has gone from niche to normie, with the Blockchain Game Alliance (BGA) reporting a 186% growth in its membership base between 2020 and 2021. The industry organization now boasts over 473 members, including gaming studios, blockchain protocols and individuals within the community, but pre-Axie times, there were very, very few interested in the intersection between blockchain and gaming.

An entire new industry has formed around the Axie phenomenon. Even the game’s scholarship model – where players can rent their Axie creatures out to others – was once revolutionary, demonstrating the most interesting use case the world had ever seen in terms of the utility of non-fungible tokens (NFTs). Now, the feature is basically standard across all blockchain games and underpins the entire concept of decentralized gaming guilds, a new business model that acts as an on-ramp for Web 3 newcomers who don’t own their own NFTs.

While these guilds now represent hundreds of NFT games and blockchain-based virtual worlds, all of them began with Axie.

See also: To Improve Crypto Gaming, Developers Should Look Back in Time | Opinion

The Ronin exploit shows that even rivals can and should put aside their differences in times of crisis. While competition fuels innovation and serves to advance the adoption of Web 3, so might solidarity. A security breach isn’t good for anyone, and a hack of this proportion stains the entire industry, which could cause would-be players, partners and investors to stay away.

Particularly as this definitely will not be the last exploit; a hack like this could happen to any of us, at any time. It is a shared fear and responsibility for us all. Some forward-thinking VCs have stepped up to aid Sky Mavis this time, but it will take more than money to ensure the future of Web 3 is safe and secure. Through genuine collaboration, sharing of information, lending support and demonstrating confidence in fellow builders – the industry can and will survive.

In this way, all of us in Web 3 are ronins. While the ronin was without a lord, he was never alone. The ronin banded together, skirting traditional hierarchies of social organization to form a decentralized, leaderless collective of their own. Like-minded loners who failed to fit with conventional expectations, opting to create their own shared spaces at the fringes of society instead. On their own, the ronin were vulnerable, but together, they became much greater than the sum of their parts. Together, they – and we in Web 3 – will be stronger than before.

Thank you to Miko Matsumura and Andrew N. Green for their input.

Disclosure: The author holds AXS and other cryptocurrencies. The Blockchain Game Alliance (BGA) is a client of Emfarsis Consulting.

Crypto mining aided Nvidia's bottom line, but it hasn't been a major cause of the stock's steep decline. Ether falls but hovers around $1,200.

Crypto VCs told CoinDesk that building projects and investing in them is a tricky mix.

The Lummis-Gillibrand bill represents a mainstreaming of crypto, even if it's unlikely to pass.