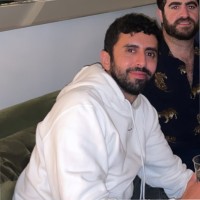 I have a friend who never shuts up about attending a Lana Del Rey show in Seattle back in circa 2007, and rightly so. After I began listening to Lana a few years later, he would constantly remind me that he discovered her before anyone else. Again, rightly so. It’s a shame for my friend that, other than a pat on the back, he can’t really capture value from early artist discovery.

Aziz Alangari is a marketing associate at Wachsman, a PR firm.

Let’s say that in 2007, Lana had her own creator token. We’ll use $LANA as the hypothetical ticker here, if blockchain technology was present at the time and $LANA was listed on a creator platform like Rally. My friend’s investment in $LANA would be the determining factor of being a true early Lana fan. Having skin in the game and investing financially in the artist would be the determining factor of fandom, not attendance at a concert.

If he only attended the show without investing in $LANA, then it would speak less about him being an early fan. But if he did in fact put some money on it, then it is documented on the blockchain, immutably, that he was in fact an early fan.

The financialization of early artist discovery is neglected even though it does possess some level of value, but that value isn’t captured as of yet. The cathartic feeling of knowing something before it becomes cool or mainstream, regardless of how annoying it can be, is in fact valuable to some degree. Whether we like it or not.

This is not exclusive to musicians. Creator tokens can be used for all content creators.

I listen to a podcast called Red Scare and pay $5 a month for it on Patreon, which to my knowledge is split equitably between the creators (podcast hosts) and the platform (Patreon). The 12,000-plus subscribers have zero ownership despite having a significant impact in the podcast’s growth through engagements, social media posts and, of course, their monthly monetary investments.

It really sucks because fans are arguably more favorable to creators than to the platforms they use for publishing. No one likes a middleman. I can’t think of any musician who spoke highly of their record label, or a social media influencer who explicitly talks about how great Instagram is. If they do, they’re likely new to fame and are blinded by the money, but the reality is that removing the middleman is the best-case scenario for both creators and fans.

So if Anna Khachiyan and Dasha Nekrasova, the lovely contrarian Russian hosts of "Red Scare," had their own social tokens or NFT (non-fungible token) collections with customized utility, they would then be able to give their listeners an opportunity to own a fraction of their fame. As "Red Scare" grows and the hosts become more notable, so do their fans’ investments in them. Dasha got casted on season three of “Succession,” which followed with more podcast subscriptions and Instagram followers; but that doesn't translate in value for fans.

What’s in it for the creators, you ask? They would be making more money, have the ability to engage directly with their fans and capitalize more on their content without being afraid of censorship. I repeat: No one likes a middleman. This is particularly relevant for the politically incorrect, contrarian "Red Scare" girls. (I recommend their NFT episode, wherein Dean Kissick refers to NFT marketplaces as “Etsy for men.”)

It’s crazy to me how creator tokens seem novel to crypto natives. I was on a call with Antonio Juliano of the dYdX decentralized exchange, where he asked me to “teach him something.” I told the story about how my friend wouldn’t shut up about Lana Del Rey, and that social tokens may be the solution for creating "Proof of Fandom" or "Proof of Experience." It seems that crypto folks are trying to create mass adoption to DeFi (decentralized finance) protocols and decentralized exchanges when the “masses” of our society are not financially literate, and will likely never care about Bitcoin derivatives. The masses understand music and reality television. There’s a place in crypto for that.

The reason social tokens are friendlier than other crypto concepts is because they have a direct tie to reality. Artists can simply list their token-backed digital merch and ask their fans to make a purchase, which they will. In theory, it is more difficult to get the average person to invest in a random Solana liquidity pool than to buy their favorite artist’s social token. The latter, while still being an entirely novel concept, does create a comforting tie and a friendly gateway into Web 3. The former is arguably more lucrative, albeit so complicated to grasp that it becomes a hurdle for the masses to join in.

I know that everyone in Web 3 is excited about the space and hopeful that mainstream adoption will happen sooner rather than later, but the reality is that Web 3 is just too boring for mainstream adoption. The crypto community isn’t funny enough. The memes feel like inside jokes. Social tokens are important because they instantly add a level of intrigue and excitement without fans’ knowledge of their ability to own parts of their artist’s notoriety and fame.

The financialization of creators and putting a numeric value on a feeling can seem very dystopian and weird, but also inevitable. I want to invest in people I like and believe in. To my friend who knew Lana before everyone else, I love you, but your experience is worth nothing unless it’s documented on the blockchain and backed by a token.