More than 200 job seekers convened yesterday at the Bitcoin Job Fair in New York, a networking function organized to connect potential employees with companies in the bitcoin arena.

The event was hosted by the Bitcoin Center NYC on Broad Street in New York’s Financial District. BitPay, Coinbase, Coinsetter and eGifter were among the higher-profile of the 11 companies with representation at the job fair.

Alex Palantzas, head of business development at the Bitcoin Center said the job fair is one of the most crowded and successful events they have ever had, telling CoinDesk:

"The turnout is pretty overwhelming."

The latest Bitcoin Job Fair follows a successful launch in San Francisco, which saw the 34 startups come together with more than 400 job seekers.

The results may not be indicative of a poor turnout in New York, however. Previous research from CoinDesk indicates that New York is the number two state in the US for bitcoin professionals, but that it trails California by a substantial margin.

The Bitcoin Job Fair is the product of Coinality, the online job and resume board for prospective employers and employees to connect about jobs paying in digital currencies, and the Plug and Play Tech Center, the Sunnyvale, CA-based accelerator that specializes in tech startups; in partnership with Bitcoin Center NYC.

The employers at the event were looking for candidates of all skill sets, to hire for positions across various departments – sales, marketing, business development and programming – based in and out of New York.

Palantzas said that many of the attendees had backgrounds that extend beyond programming, and that he was pleased to see the variety of people who came out and showed their interest in bitcoin:

"I noticed we have both people in technology and software development, as well as people in finance and sales, which is very encouraging. My background is in finance and I’m happy to see more people from that industry coming to this new concept."

“I was very happy to hear that people are concerned with the current financial system,” he added. “People are very knowledgeable, and they saw a solution – in bitcoin.” 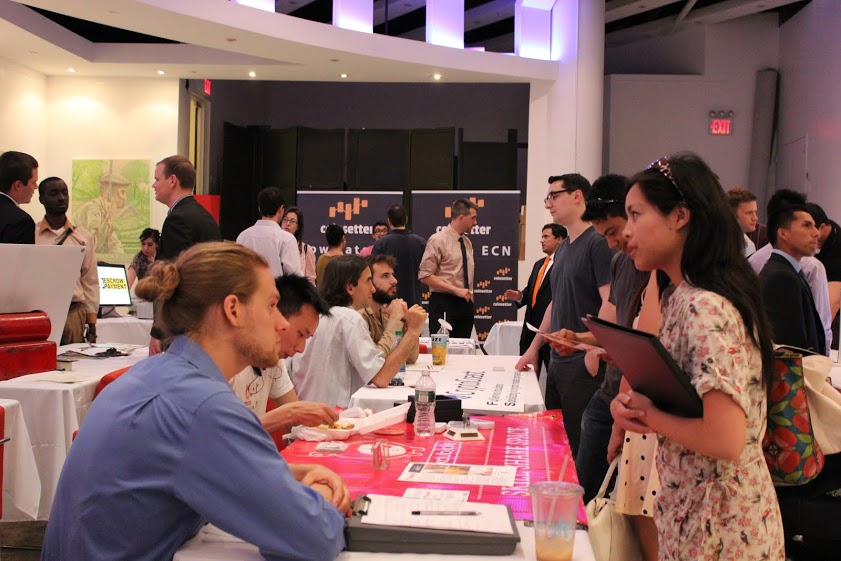 The other distinction between job seekers was not in their skill sets but their objectives.

Some were interested in finding work in the industry to build their resume and career in the bitcoin space. Others, though, were purely interested in getting paid in bitcoin instead of the dollar, so that they could own bitcoin without having to purchase it themselves – both to make watching bitcoin’s progress more interesting and to allow them to do more things, such as trade bitcoin for other digital currencies.

In either case, almost everyone agreed that the success of the job fair was indicative of bitcoin’s ascent into the mainstream.

Olivier Annoual is a cryptocurrency enthusiast interested in jobs on the tech side. Although he said he is still learning about digital currencies, he sees education on the subject becoming more accessible with bitcoin’s increasing popularity.

On the turnout at the job fair he said:

“It shows [bitcoin] has a good future and it shows it’s getting more popular. If more and more companies hire and start paying in bitcoin, who knows how far it can go? When I first heard of it I didn’t think much of it, three years ago.” 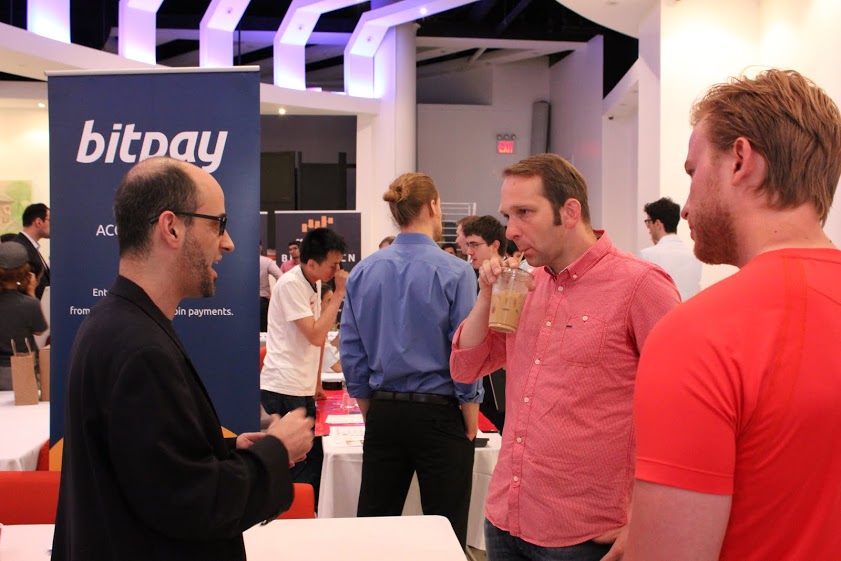 Daniel Mestre, a student at Stevens Institute of Technology, is interested in jobs in web and software development mainly for the sake of being paid in bitcoin.

“I think these kind of job fairs are going to become bigger and we’re going to start seeing more of them at some point or another, maybe people will start demanding they get paid in bitcoin once mainstream interest spreads.”

'I'm a Crypto Guy': Why Steve Aoki Believes in Web3

Japan to Invest in Metaverse and NFT Expansion