Martin Harrigan is a computer scientist and software developer. He is the founder of QuantaBytes, an Irish startup developing a suite of tools for analyzing and visualising bitcoin's block chain. He is also the co-author of one of the earliest academic papers to study the network properties of the block chain and its implications for anonymity. 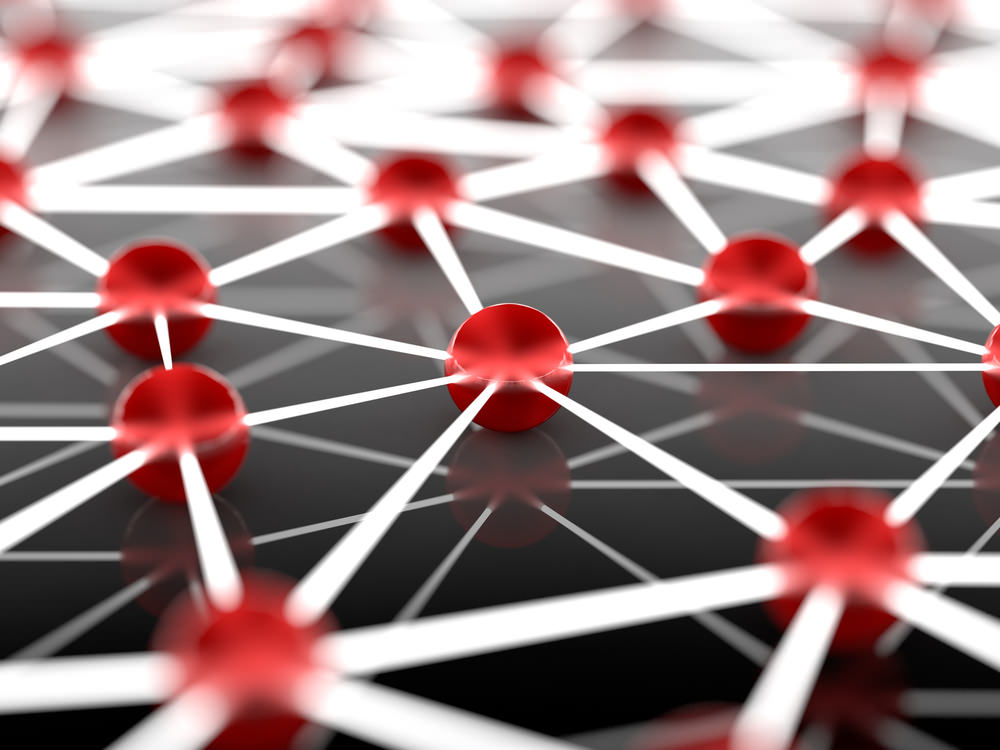 The block chain is a decentralised, consensus-driven ledger of every successful bitcoin transaction to date. As of the 300,000th block, the ledger includes over 38 million transactions.

Aside from being a monumental technical achievement, the block chain is a fascinating dataset. We can use it to create a transaction network that models the flow of bitcoins from the creation of the genesis block to the present day.

In this network, every node represents a transaction, and every (directed) edge represents a flow of bitcoins from an output of one transaction to an input of another. This large, complex network has over 38 million nodes and 85 million edges.

Network science is the study of complex networks. It provides theories, techniques and tools that help us understand the structure and evolution of a network. The bitcoin transaction network is a prime example. Its basic building block, the transaction, can be combined to produce complex transfers of value. This is reflected in the topological structure of the transaction network.

The network as a whole is too large and complex for most network visualisation tools. However, we can measure various structural properties of the network. For example, transactions can be characterised by their varying numbers of inputs and outputs. But how are these numbers distributed in practice? In the transaction network, we can analyse the in- and out-degrees of the nodes. We can plot the in- and out-degree distributions. They show, for each possible degree, the number of times they occur in the network.

Suppose we were able to visualise the entire bitcoin transaction network. It would probably resemble a "hairball". These visualisations suffer from cluttering and over-plotting to an extreme that makes them unusable for any practical purposes. However, they do provide one key piece of information. Are we dealing with one large connected component or several smaller connected components?

Six degrees of separation is the theory that everyone on the planet is connected to everyone else through a chain of acquaintances with no more than six hops. In network science terminology, this translates to the theory that the social network of the human race has diameter six. Facebook reported that the effective diameter (covering 90% of all pairs of users) of its social network is five and is decreasing with time.

The first currency with a ledger

Surprisingly, bitcoin is not the first currency with a ledger from which we can model the transfer of value. The Tomamae-cho community currency was introduced into the Hokkaido Prefecture in Japan for a three-month period during 2004-05 in a bid to revitalise the local economy. The Tomamae-cho system involved gift certificates that were reusable and legally redeemable into yen. There was an entry space on the reverse of each certificate for recipients to record transaction dates, their names and addresses, and the purposes of use, up to a maximum of five recipients.

Researchers collected these certificates in order to derive a network structure that represented the flow of currency during the period. They showed, for example, that the network had small world properties.

The block chain is a digital equivalent to the Tomamae-cho certificates. It does not contain information such as names and addresses or the purposes of use. However, it has other properties that make it suitable for analysing the transfer of value including its accuracy, size, and completeness.

The application of network analysis to the block chain is an under-explored, yet fascinating area. There are a handful of academic studies but very little in the way of software and tools to open it up to a wider audience. QuantaBytes  is an Irish startup, founded by the author, developing a suite of tools for analysing and visualising bitcoin's block chain. By understanding the structure and evolution of the block chain, we can better understand bitcoin's usage patterns, economy, and the growth of the system as a whole.

BUSD$1.00
0.02%
View All Prices
Sign up for Crypto for Advisors, our weekly newsletter defining crypto, digital assets and the future of finance.
By signing up, you will receive emails about CoinDesk product updates, events and marketing and you agree to our terms of services and privacy policy.

BUSD$1.00
0.02%
View All Prices
Trending
1
Business
Genesis Creditor Groups' Loans Amount to $1.8B and Counting: Sources
2
Business
A European Central Bank Blog Decries the End of Bitcoin, and We Aren’t Buying It
3
The Breakdown, With NLW
Bitcoin and Opting Out of the IMF & World Bank
4
Markets Daily Crypto Roundup
Weekend Story: What Do You Really Own in the Ownership Economy?