Surveillance is power, as authoritarian regimes across history have known. The emergence of the internet in the late 20th century made surveillance easier than ever by creating a historically unprecedented repository of information about individuals and organizations stored on servers throughout the world.

Over the years the dangers of the internet’s panopticon have pushed many ordinary people to fight back – advocating for regulation via their governments where possible, but also by developing their own technological defenses, including popular tools like encrypted email and messaging platforms. It is no exaggeration to say that without privacy individual freedoms cannot long survive. And the battle for privacy in the digital age is now headed to its newest and perhaps most consequential stage with the emergence of central bank digital currencies, (CBDC).

CBDCs are central government’s attempts to turn blockchain technology to its own use, utilizing its efficiencies for storing and transferring value but also through the social control via surveillance that it makes possible. CBDCs have clear benefits over the analog financial system, but alongside the promise of increased financial access and efficiency they also expose citizens to a level of potential surveillance inconceivable in the past.

An authoritarian government administering a CBDC would have total oversight of every transaction anywhere on Earth using that currency, as well as the ability to freeze, expropriate or even force-spend funds owned by private individuals as it deemed fit. The prospect of such state-controlled currencies, like the digital yuan already being rolled out in China, also highlights why a technology like Bitcoin might wind up in future being the only insurance against financial repression in authoritarian countries, and even in democracies like the United States.

The gravity of this issue, as it pertains to privacy and surveillance, is especially clear to me.

As a journalist I spent years reporting on classified documents provided by National Security Agency (NSA) whistle-blower Edward Snowden. The documents showed in incredible detail the powers the U.S. government had gained to surveil and, by extension, control the lives of individuals whose communications fell under its massive global dragnet.

Decentralized currencies like bitcoin represent a possible safe haven against future government overreach in a world built upon CBDCs.

Behind the scenes the NSA had developed the power to collect essentially any private message or metadata it sought from devices around the world, including from American citizens who had never suspected the level of power their government privately held over them. Surveillance can ruin lives, and I have seen up close the impact it can have on innocent people caught up in a digital dragnet.

CBDCs have the potential to supercharge the surveillance power created by the internet even further. Whereas Web 2 revolutionized how information could be created and spread, Web 3 will do the same for the creation and dissemination of economic value. Governments will seek to have as tight a control as possible over this, just as they did with the internet. The prospect of the government in a country like China having near-total ability to monitor and manipulate the information its citizens see has been serious enough but, as soon seems possible, it gains the same level of control over people’s ability to conduct even the smallest economic activity, we will be in an altogether new world of repression.

Many countries around the world are already following China’s lead in developing their own CBDC projects, including the United States with a digital dollar. Americans will likely expect that their government will act in good faith in how it administers such a currency, creating and enforcing regulations that protect their privacy and freedom. But as the Snowden documents have already shown, assumptions of good faith are not particularly durable. Politics can help secure rights, but it’s not enough. Just as encrypted email and messaging platforms give individuals a robust personal defense against surveillance abuse, decentralized currencies like bitcoin represent a possible safe haven against future government overreach in a world built upon CBDCs.

The debate now taking place over the future role of bitcoin and other cryptocurrencies rarely takes the issue of privacy in the digital age into account. Bitcoin is often accused by critics of having no worthwhile use case or for serving as a tool for criminals and terrorists to conceal their activity. But similar accusations were often leveled against encrypted email in the past. While it’s true that criminals sometimes also benefit from the existence of privacy, that same privacy is what allows the vast majority of law-abiding citizens to preserve their civil liberties.

Counting on regulation alone to do the job of protecting privacy on its own seems like a poor wager, given that regulation has failed to ensure such protections in democracies like the United States. Such a prospect of benevolent governance does not even notionally exist in undemocratic countries. It is not hard to imagine a future coming where bitcoin and other currencies are the only safe harbor for people fleeing government abuses that have, sadly, proven to be common across the world.

In 1975, describing an analog age of spying that involved phone taps and physical bugging that we would now consider quaint, Sen. Frank Church (D-Idaho) warned of the dangers of the information surveillance regime already growing in the United States. The surveillance power of the government and its security agencies could “at any time could be turned around on the American people, and no American would have any privacy left. Such is the capability to monitor everything: telephone conversations, telegrams, it doesn't matter. There would be no place to hide,” he said.

Church spelled out what this would mean for democracy. If a dictator were to ever take power in the United States, that person could use surveillance “to impose total tyranny, and there would be no way to fight back."

The government now has surveillance powers beyond what Sen. Church could ever dream of then, and those powers are on the cusp of becoming even more powerful as digital currencies rise to prominence. These state-backed digital currencies will be the next battleground in the fight over privacy, and no weapon can be discarded in defense against their possible abuse.

Bitcoin is not exempt from critique, but because of its decentralized protocol it is the most likely bet to offer strong resistance against a future financial panopticon. Those who have known what it is like to have their freedoms quashed by regimes of surveillance and social control, in the United States and abroad, know the potential virtues of censorship-resistance currency cannot be lightly dismissed.

Neither bitcoin nor cryptography in general can be a wholesale substitute for politics. But they offer a practical way to protect the most vulnerable from predation in the digital age. In the brave, new financial system now on the horizon, they are tools we will need on our side.

BUSD$0.99964768
0.04%
View All Prices
Sign up for Money Reimagined, our weekly newsletter exploring the transformation of value in the digital age.
By signing up, you will receive emails about CoinDesk product updates, events and marketing and you agree to our terms of services and privacy policy. 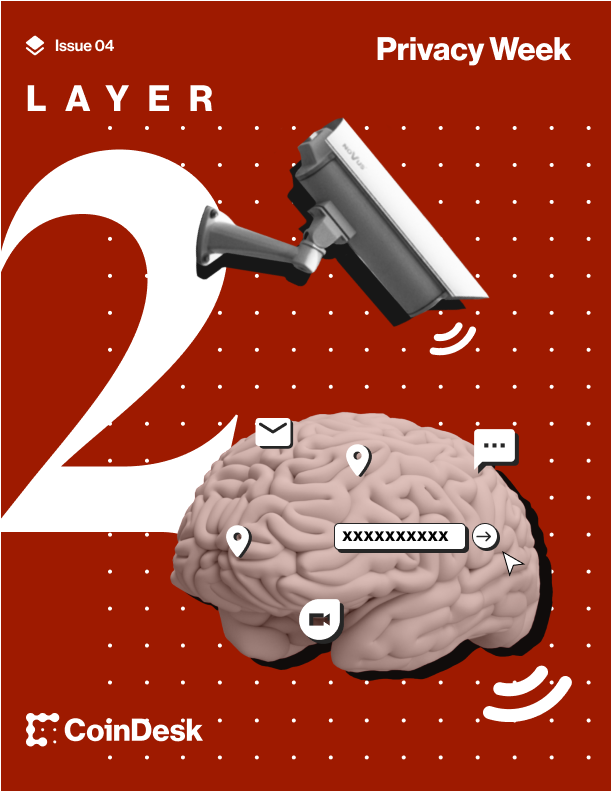