Before the restaurateur Andy Nguyen decided to launch Bored & Hungry – a novelty burger spot themed around the Bored Ape Yacht Club non-fungible token (NFT) collection – he was planning on something much more tame.

Originally, Nguyen was looking to open a humble vegan restaurant. The space was rented, the arrangements made. Then, Nguyen discovered NFTs.

“Once I had this idea, I halted everything and started pivoting,” he said.

He’s glad he did; in the few weeks since Bored & Hungry had its grand opening in Long Beach, California, it’s become a sort of mecca for SoCal’s NFT enthusiasts. They come for the wild decorations – the massive Bored Ape cutouts scattered around the store, the acid green floor, the painted murals with slogans like “FUD Destroyer,” “FOMO” and “The Ape-Trix” – but also for the food, which itself reflects the theme. There are two limited menus, the “Boring Menu,” consisting of meat-based “Trill Burgers,” and a plant-based trough called “Mutant Feeding,” which takes inspiration from a Bored Ape spin-off collection called the Mutant Apes. On opening day, a line of crypto pilgrims stretched around the block.

In anchoring Bored & Hungry around a set of specific Apes (one standard Bored Ape and three Mutants), Nguyen was taking advantage of the Bored Ape Yacht Club’s special provisions regarding commercial rights. Yuga Labs, the company behind the Yacht Club, allows NFT owners to monetize their apes however they see fit, as long as they can prove they actually own the tokens. That is to say, Nguyen and his team had to shell out for those four NFTs before turning them into mascots.

Customers at Bored & Hungry can also theoretically pay in crypto, specifically ETH, the primary token associated with most NFTs, and ApeCoin (APE), the official coin of the Bored Apes.

A quick look at the restaurant’s Ethereum address suggests only a few customers have pulled this off. Since it opened on April 9, Bored & Hungry has seen just 10 transactions in ApeCoin from four different wallets. And when my colleague actually drove over to Long Beach for a burger, restaurant staff informed him the ApeCoin payments system wasn’t working.

In an interview with CoinDesk, Nguyen explains himself.

This interview has been edited and condensed for clarity.

Where did the idea for Bored & Hungry come from?

I was learning about the NFT space and wanted to … shift and change the restaurant industry with it. But I didn't want to enter Web 3 without giving back somehow, I wanted to provide some value. So I had an idea to purchase a Bored Ape and open the restaurant concept with it utilizing the IP, once I realized you could have the IP rights.

It kind of fits into the world that I've been working in for the past two decades.

And it was meant to be a pop-up?

It was meant to be a pop-up, just because we didn’t know the reaction, or what was going to be. But we knew we wanted to provide value for the community. And just me being in the space before opening this, you hear everyone’s like, “Hey, how do you bring in real life experience with these entities?” And it’s like, OK, well, I have something. This is what I do, this is how I can merge it.

And for the skeptics calling it a JPEG: This is what I can do with the IP rights of this JPEG. I can create a brand and business out of it and merge these worlds together in this “real life experience” space.

What’s been the general crypto literacy level of customers so far? Is it a lot of Bored Ape fans, crypto fans in general or people just wandering past?

It’s a mix of all of it. Because when you come into the space, there’s a lot going on, from the visuals, the floor, to the walls, to the outside, the cutouts – it already feels like you’re kind of going to this brand experience. So you’re getting people like kids, who are bringing their parents there because they don’t necessarily own any NFTs, but they want to be involved in pop culture. We have a lot of Ape holders, we have a lot of other NFT holders as well, and there’s people that just saw cool packaging, they want to see what it’s all about.

Why take ApeCoin for burgers?

The day we announced the Bored & Hungry project with the restaurant space visual, that was the same day that ApeCoin was being launched. And once I looked at my phone, everyone just kept asking, “Are you going to accept ApeCoin?” Fortunately we found our buddy Nate [Flickinger] from Augminted Labs, who helped develop the software on a native website so that we could accept Bitcoin and Ethereum. It was literally down to the wire, from 12 hours before, that we finally got the system working.

Have people been using crypto to make payments?

Absolutely. We're still training ourselves and our staff on how to utilize it, but yes, people do want to pay. It’s being a part of history for them.

You go to the native website, and then you choose a meal – either the vegan meal or the regular beef smashburger meal – and then we help them process through their phone. It goes to their Metamask [wallet] and sends a payment through that native system that we do through our website.

Yeah. We accept ethereum currently, and ApeCoin. And we're still working out some kinks, trying to clean it up a bit. Our goal at the time was just, let’s get it out there, it might be a little hard to do because no one's done it, but let’s just get it out now and we'll figure it out along the way.

Yeah, I was noticing the full menu isn’t on there.

We're doing something that I've never even been involved in or done before. It’s interesting to learn at the same time.

What have you done with the take? Do you cash it out, or just let it sit?

Honestly, it's been so crazy, I haven't even had a chance to look at the wallet and see what's in there.

And obviously it's still technically not legal here in the U.S., but I guess we'll do that along the way.

What do you mean?

In the U.S. you're supposed to accept cash or credit card. We're here accepting a different type of payment that's not regulated. So, we haven't crossed that threshold yet. We’ll see what happens. I think right now we're doing something so innovative, and it will probably raise some flags along the way. But we're here to break that wall down. [Ed. note: accepting crypto for physical goods is legal, at least for now]

For those that can’t parse the names, what actually are the menu items? Like, the “Bored OG Burger” and “Mutant OG Burger” – what's actually in those?

The “Boring Menu” side is the beef menu that we put together. So we have an OG burger, we have an onion burger – which is similar to the OG burger, but with a ton of fried onions on it – and fries and a drink. Very simple. And the “Mutant Feeding” we just refer to as a vegan option. Something that looks like beef, but not beef.

Do you worry that the weirdness of the mutant apes might feel unappetizing?

I don't think so, I think everyone's had a good time with it. We make the store look pretty easy on the eyes. And I think people kind of get it when they walk in there. They feel that it just feels different and cool, compared to a normal restaurant. It's very photo friendly, our staff’s pretty fun. I haven't heard any bad feedback with the mutants being in the restaurant.

Are the staff crypto people?

The management side is. The staff, it's an education process. We're still trying to onboard and educate at the same time. But we're just like them – I haven't been in the space that long, and I'm still learning along the way with them.

What’s next for Bored & Hungry?

It's going to be a permanent fixture in Long Beach. We've had tons of inquiries throughout the entire world on how to expand this concept. We're currently in discussions that we still gotta roll out. We have a lot of collaborations with a lot of other IP brands that we want to work with, in the Web 3 space. There's still a lot that we want to try out, and see what other innovative things with NFTs and Web 3 we can incorporate into our concept.

Have you interacted with Yuga Labs at all?

Yeah, we actually had a call with Yuga Labs.

They were just asking us about our experience with accepting ApeCoin. We’re the only place that so far has accepted ApeCoin, outside of their merch store.

BUSD$0.99985554
0.01%
View All Prices
Sign up for Money Reimagined, our weekly newsletter exploring the transformation of value in the digital age.
By signing up, you will receive emails about CoinDesk product updates, events and marketing and you agree to our terms of services and privacy policy. 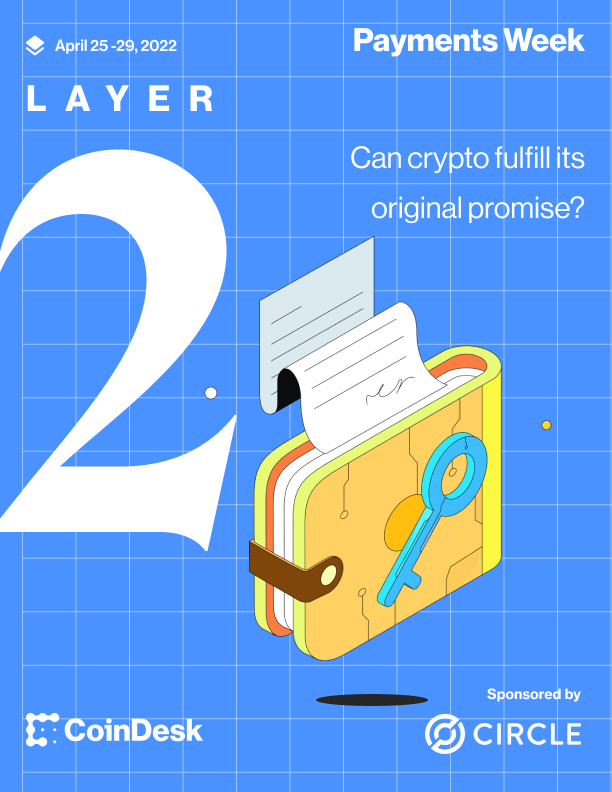