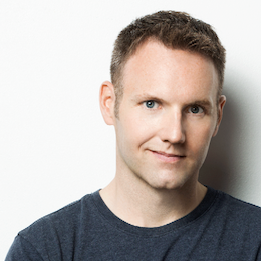 Close your eyes and visualize bitcoin mining. Maybe you see nothing, as the very concept of “bitcoin mining” can seem abstract and fuzzy. Maybe you see a warehouse stuffed with racks of ugly machines. (Warmer.) Or maybe your imagination summons a team of digital trolls who go “mining,” virtual pickaxes in hand, whistling while they work, to uproot nuggets of bitcoin from the internet.

Then there are these setups. Whatever you imagined, you probably didn’t envision mining rigs like these. An open secret in the bitcoin community is that one of the liabilities of mining – it emits a ton of heat – can be flipped to an asset. “I find the space heater offensive,” said Colin Sullivan, CEO of MintGreen, a company that harnesses bitcoin mining to power sustainable heating. A space heater requires power and emits heat, said Sullivan, but it does nothing else. Bitcoin (BTC) miners? They also require power, and they also emit heat, but they happen to cough out bitcoin.

This piece is part of CoinDesk's Mining Week

A second open secret in the mining community: With clever innovation, virtually any power source can fuel a bitcoin miner. These two principles – miners pump heat, and miners can be powered by just about anything – have unleashed some creative and even wild mining rigs. So get ready to sip some bitcoin whiskey, convert your old car tires into bitcoin and relax in the bitcoin hot tub.

Sullivan, the founder of MintGreen, has used bitcoin miners to heat his home for years. That got him thinking. What else could he heat with bitcoin? It turns out the answer is whiskey. MintGreen now has a partnership with Shelter Point Distillery, a Vancouver, British Columbia-based label that makes whiskey, vodka and gin. Shelter Point likes to add a bit of heat to their barrels, which accelerates the whiskey’s aging process. Starting in May, eight S9 miners will sit in a rotating wheel – almost like a Ferris wheel – that’s called the “tumbler.” The application-specific integrated circuits (ASICs) heat the room that contains the barrels. As Sullivan said, “Proof-of-work meets whiskey proof.” (Next on MintGreen’s agenda? Using bitcoin to heat an entire city.)

Jesse Peltan had three S9 miners. He also had a hot tub. What if he combined the chocolate of those ASICs with the peanut butter of that tub? Peltan used the heat of the miners to raise the temperature of the water, and as a final flourish, he connected the system to Wi-Fi so he could say, “Alexa, turn the jets on.” In a Twitter thread describing the project, Peltan said that the bitcoin-powered tub now heats up faster than it did originally, but admits that it’s not exactly practical, as “it’s just meant to be cool.” One fan of the contraption is none other than Elon Musk, who took a look at the setup and concluded, “Nice.”

Coming soon to Berwick, Pennsylvania: A bitcoin mine that’s powered by nuclear energy. Talen Energy Corp., which owns a nuclear power plant, entered into a joint venture with a bitcoin mining company called TeraWulf. Talen President Alex Hernandez said this partnership will create “zero-carbon coins,” according to World Nuclear News, and will begin operation in mid-2022. This comes on the heels of Compass Mining announcing a 20-year deal with Oklo, a nuclear fission company, that begins production in 2023. As Oklo’s CEO Jacob DeWitte told CoinDesk, the nuclear and bitcoin partnership can be a “beacon” of clean energy.

Think about the rubber tires that go on cars. They often end up in landfills. “Just here in America, there are 350 million waste tires a year that need to be disposed of,” said Jason Williams, co-founder of PRTI, Inc. and creator of the “Going Parabolic” account on Crypto Twitter. Williams said that 20% of these tires get “illegally dumped in some environment, and that’s not good.” So he thought of a solution. He developed a patent that heats up a tire (without burning it), turns it to gas and then captures that gas stream and converts it to liquid fuel. That fuel becomes bitcoin. In North Carolina, the PRTI plant processes 1.2 million tires a year, according to Williams, and uses that energy to mine bitcoin and ether (ETH).

Williams said he captures the equivalent of 1 gallon of oil per tire, as there’s loads of energy stored in rubber. “The tires were my battery,” said Williams. “They’re my stored energy source, and I can unlock that with my technology.” The mine has been in operation since 2015.

Read More: What Does a Crypto Mining Farm Look Like? Striking Photos From Siberia to Spain

“Imagine if your pool is always nice and warm, and the warmer you keep your pool, the more money you make,” said a Minneapolis-based bitcoin miner who goes by the alias Coin Heated. He has used a combination of S9s and S17s to heat both his home and his 17,000-gallon swimming pool, using Braiins software to tweak the power depending on the conditions of both the weather and the mining potential. Often it’s on a low power setting (to keep the pool warm but not too hot), but when China banned mining, for example, Coin Heated knew this was a “once in a lifetime” opportunity to crank up his miners and earn more bitcoin, even if it meant the pool would heat to 115 degrees. “I’m like, sorry kids, you can’t swim right now, the pool is too hot, I’ve gotta hash.”

Drill, baby, drill (and mine bitcoin)

When companies drill for oil, one of the byproducts is natural gas, and it can leak. “Producing oil is similar to opening a can of pop,” said Steve Barbour, founder of Upstream Data. “There’s a lot of gas and solution that breaks out. A pop can foams over, and so do oil wells.”

Oil execs are smart, and they often have solutions for this, such as capturing the gas and selling it. But that’s not always feasible. Sometimes there’s no pipeline or means to ship it. This “stranded” natural gas is usually wasted … unless you’re using one of Barbour’s Upstream portable mining rigs – basically an 8-by-16 metal shack that can be dropped right onto the oil field, ready to convert wasted gas into crypto. This is not just theoretical. Over 250 of Upstream’s portable miners are in operation, from Texas to Wyoming to Alberta, cranking out bitcoin on the oil fields.

This has potential to be the wildest rig in history. El Salvador’s bitcoin-happy president, Nayib Bukele, announced that its Conchagua volcano, which emits geothermal energy, would soon power a bitcoin mine. A $1 billion “volcano bond” will fund the project. But that’s not all! The Bitcoin Volcano would anchor an entire Bitcoin City, and as Bukele described it, “Residential areas, commercial areas, services, museums, entertainment, bars, restaurants, airport, port, rail - everything devoted to Bitcoin.”

The State of Bitcoin and Ethereum Mining in 10 Charts

It's been a roller coaster year for Bitcoin and Ethereum mining: Here is what the data shows.

Don’t Call It a Comeback: The Unlikely Rise of Home Bitcoin Mining

Even with the surge in popularity, home bitcoin mining only accounts for a small slice of the industry’s overall pie.

mining-week-2022miningbitcoin mining
The Festival for the Decentralized World
Austin, Texas
Save a Seat Now 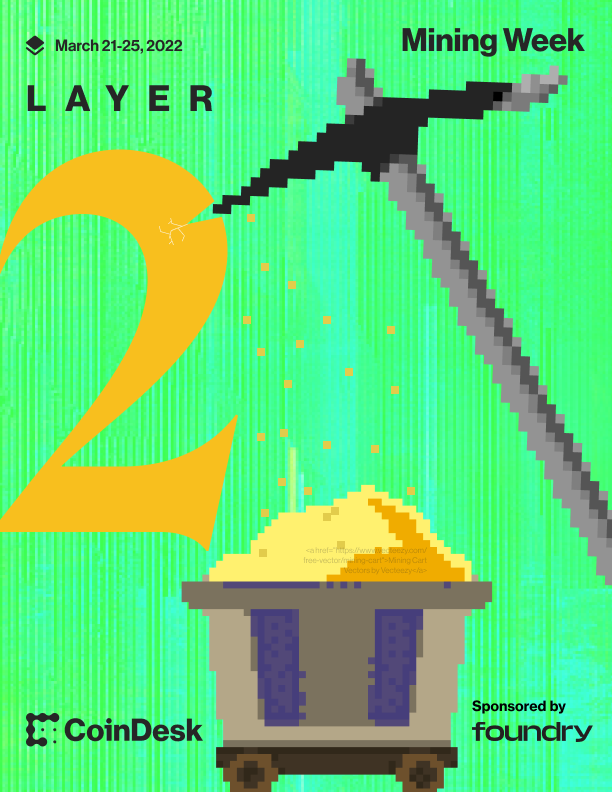 Reported hashrate fell to zero for two months in China last year, but it has since returned rather abruptly.

Reported hashrate fell to zero for two months in China last year, but it has since returned rather abruptly.

That's the argument of the president of the RadicalxChange Foundation.

That's the argument of the president of the RadicalxChange Foundation.

After the Terra Meltdown: What's Next for Stablecoins?

By Nathaniel Whittemore
Sponsored
May 21, 2022 at 1:00 p.m. UTC
May 21, 2022
The BreakdownPodcastsA16z
Don't Miss The Festival for The Decentralized World