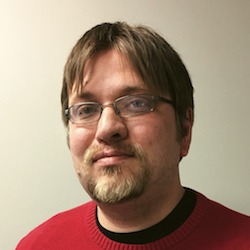 The Russian invasion of Ukraine cuts across the very human world of digital assets in multiple ways.

Ukrainian authorities and resistance fighters are harnessing the power of cryptocurrencies to fund their defense. Western countries, individual donors and charities are using digital assets to reach Ukrainians in need. Meanwhile, Russians and their financial service providers are eying digital assets amid a collapse in the ruble. And there has been speculation about whether Russian institutions and oligarchs may be also considering cryptocurrencies as a means to shelter or move their assets to evade sanctions.

But in an industry with many founders, workers and users in the former Soviet sphere, the humanitarian impacts run deep, including for PointPay, a Russian-speaking firm that bills itself as the first crypto ecosystem that encompasses a wallet, a bank, an exchange and a payment system but that finds itself cut apart by the battle lines in Ukraine.

This article originally appeared in Crypto for Advisors, CoinDesk’s weekly newsletter defining crypto, digital assets and the future of finance. Sign up here to get it in your inbox every Thursday.

Vladimir Kardapoltsev, who joined PointPay about a year ago and has become its CEO, is a young entrepreneur who got into crypto at the age of 21.

“PointPay was about to complete their IPO stake and I was one of their first big hires to be the chief projects officer, with the first project being overseeing the overhaul of their whole system,” Kardapoltsev said. “I helped grow the company from 15 to about 100 employees, and I was the primary person who was hiring all the people and prioritizing the hires.”

Kardapoltsev was then asked to step in as CEO after a break with his predecessor. Today, he’s concerned with business growth, acquisitions, new hires, strategic leadership and trying to make the company more stable – but the conflict has stymied his company’s promising growth.

Built on the bloc

“I was the primary person growing the company, which was mainly operating from Russia and Ukraine in the beginning,” Kardapoltsev said. “We outgrew the market in Russia – I’ve interviewed 3,000 people, pretty much every person who has worked in crypto in the Russian-speaking world and all sorts of people in Europe. We’ve looked for people in Kazakhstan, Belarus and Ukraine because not only are salaries slightly lower there than they were in Russia, but there are incredibly good specialists in those countries.”

PointPay is actually based in the Caribbean nation of St. Vincent and the Grenadines. Kardapoltsev is London-educated and has lived in the U.K. for most of his life, but claims Romanian citizenship and lives in an Eastern European country. The private owner of PointPay is an American of Russian descent.

But PointPay has recruited most of its nearly 150 employees from Russia and the former Soviet sphere. Ukrainians especially were highly educated and could speak, write and work in Russian effortlessly, Kardapoltsev said. With crucial employees scattered throughout a bloc of countries with varying levels of stability, it didn’t take long for a geopolitical contingency to emerge in the form of major protests over gas prices across Kazakhstan in January that threatened to cut five of PointPay’s employees off from the company.

Kardapoltsev offered to relocate those employees to ensure business continuity, covering their travel expenses, but the situation cleared up in two weeks.

“Obviously, a similar crisis might happen in our second-most populous location, Ukraine, so we started making some contingency planning for that,” Kardapoltsev said of the company’s planning earlier this year. “In the beginning, at the end of January, we were anticipating that because (U.S. President Joe) Biden was saying that the attack on Ukraine and the invasion of Donbas (a region in eastern Ukraine) was inevitable, we should be proactive.”

At that time, PointPay had seven employees in or near Donbas, with most of its Ukrainian employees living in the capital, Kyiv, and in the western parts of the country.

The Donbas employees were located and asked to relocate, but all were unwilling or unable to do so for personal reasons, Kardapoltsev said.

“We asked them to do it as a temporary measure, to treat it as if they were going on holiday, or at least consider moving to Lviv (a city in western Ukraine),” he said. “I thought they would probably be leaving for good, but I told them to think as if it was a vacation – and if you can’t get to Lviv, move into Russia. We couldn’t force it on them, they didn’t listen to us. We told them we would provide them with accommodation, but they said they didn’t want to leave their family.”

Then PointPay decided to locate every person it had working in Ukraine, said Kardapoltsev. “We really didn’t think anything would happen in Kyiv; we thought it would be fine and that this would only affect the eastern part of the country, the Donbas region. We never thought [Russia] would actually try to invade Kyiv and start bombing the whole country.”

On Feb. 20, Kardapoltsev upped the urgency of his messages, asking all male employees to relocate immediately if possible. One employee living in a city near the conflict zone in eastern Ukraine didn’t listen, and during a visit to his grandmother on Feb. 23, he was conscripted on the spot.

“Most of the women in our company managed to escape, they were not conscripted, some men managed to get out of the country,” Kardapoltsev said. One senior member of the C-suite escaped Ukraine in the trunk of a vehicle, while another, who had two newborn babies, made it out of direct harm’s way, but wasn’t able to escape completely and is still taking shelter somewhere in a rural area of the country.

PointPay continues to keep track of its employees in Ukraine, including five who are trapped in Kyiv. “We all said that Russians would never invade Kyiv, but now we have five employees in Kyiv who cannot leave the city and who have to sleep in the subways during the night and can’t go back to work during the day,” Kardapoltsev said.

PointPay finds itself stretched by the conflict, but the company has been able to keep operating and is still trying to hire and grow.

But Kardapoltsev also said he and PointPay have faced some anti-Russian sentiments, even though they are not technically a Russian company.

“We’ve already had two employees who outright said that they are not willing to work for a Russian company, even though we’re not based in Russia, I’m not living in Russia, our owner is Russian by heritage but he’s not Russian, he’s American,” Kardapoltsev said. “Most of our company didn’t live in Russia, but due to the fact that people were Russian by blood and that we spoke Russian, they didn’t want to have anything to do with us and they resigned.”

As for other employees in Ukraine, he continued, “Some, we’ve had a couple of employees who asked us for a leave – they managed to escape the war but were so traumatized by events that we gave them two months off. We try to keep in contact with them; some of them didn’t want to work in the industry anymore at all.”

Update: This story has been updated to remove some location and identifying information to protect people who may be at risk in Ukraine.

BUSD$1.00
0.00%
View All Prices
Sign up for Crypto Long & Short, our weekly newsletter featuring insights, news and analysis for the professional investor.
By signing up, you will receive emails about CoinDesk product updates, events and marketing and you agree to our terms of services and privacy policy.