Rui Ma is an early-stage investor in technology companies with the global accelerator program and seed fund 500 Startups. Residing in Beijing, she is an active member of China’s bitcoin community.

Some bitcoiners might still remember when BTC China was the dominant bitcoin exchange in China. Well, those days are long gone.

These days, newer exchanges Huobi and OKcoin regularly top the charts for trading volume. Monday, for example, their 24-hour volumes are at 106,942 and 126,973 respectively, third-place CHBTC is at 35,349, while BTC China lags far behind at 4,344.

Huobi, in particular, has garnered more international attention than OKcoin, perhaps due to its inclusion on the Bitcoinity.com charts and the grumblings that OKcoin juiced its trading data (an accusation that has been levied at Huobi as well).

Last Friday afternoon, I caught up with Leon (Lin) Li, the CEO and founder of Huobi, for some insight into why he thinks his platform has so quickly ascended the ranks of the Chinese exchanges, and to discuss his future plans for the company.

Huobi is a well-known name in China and Li is often interviewed there, but due to the fact that neither he nor his co-founder are particularly fluent in English, they are rarely featured in Western media, save for a few correspondences that he’s had with reporters over email. 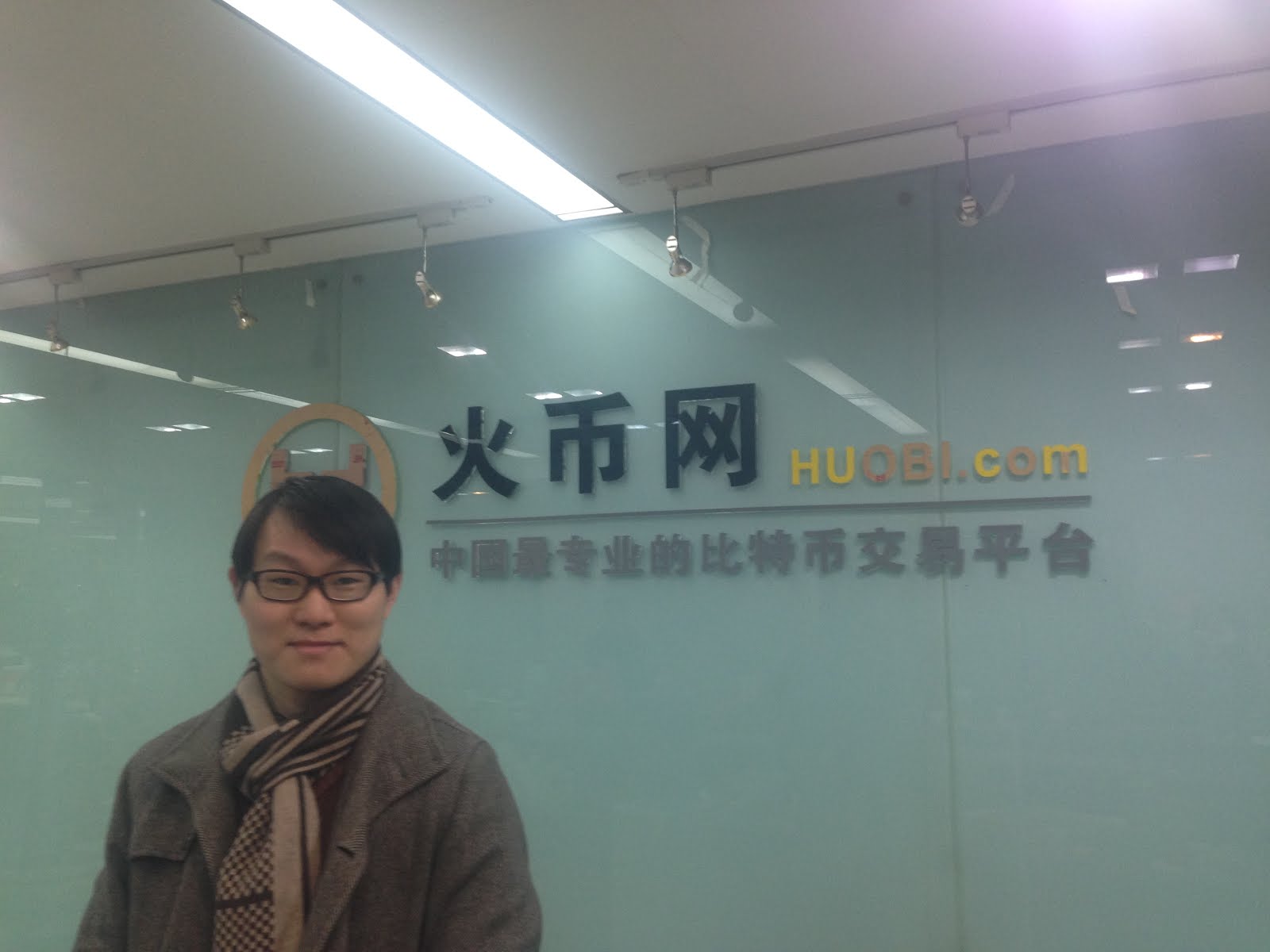 Though I was introduced to Li a few months back, when the company was raising angel funding, Friday was my first time meeting him face-to-face. Li attended Tongji University as an undergraduate and Tsinghua University for his Masters, graduating sometime in 2007.

Both are top universities in China, with the latter being consistently the top-ranked engineering university in the country and the alma mater of a large number of influential Chinese internet entrepreneurs. His concentration was in electronics automation. He then worked for a few years in Oracle’s R&D department in China, and met co-founder Jun Du through friends.

Jun worked at Discuz!, an internet forum software company that was acquired by Tencent in 2010. Before starting Huobi, Li had taken a stab at both the social networking and group-buying business models, but, Huobi, it seems, is his first real venture of note. Li first got into bitcoin in mid-2011, but didn’t think of doing any business there until 2013.

He began development early that year, and raised angel funding from notable Chinese angel investment fund Zhen Fund (headed by celebrity superangel Xu Xiaoping) in Q3. Zhen Fund led the round, and was joined by Discuz! founder Zhikang Dai, who is now the General Manager of Tencent’s e-commerce business line.

They are also due to announce a large Series A funding, which Li tacitly acknowledged to be true, but refused to give any more details.

I immediately asked Li about the volume of bitcoin trades that are made on his exchange, which has been written about before and has been openly questioned by many in the community, both domestic and overseas.

Similar to previous conversations, he emphatically denied any faking of trading data, and noted once again that the zero-transaction fee structure of his platform makes it pointless to compare trading volumes against his competitors, particularly those who still charge a fee.

When I asked him to estimate how much the lack of fees might distort the trading volume, he said that he could easily see a “5-times increase” in trades because high-frequency traders can make profits off of much narrower spreads.

Instead of just volume, Li believes that customers should evaluate exchanges based on their liquidity, depth, and the size of the company. At least these are the metrics that he is measuring Huobi against competitors:

“We have been able to excel on all of these fronts, and coupled with our focus on marketing and customer service, we think that we will continue to give our competition a good run for their money.”

So what is the reasoning behind Huobi’s commitment to a policy of “zero transaction fees, forever” on the platform?

“Zero transaction fees is the future,” Li said. According to him, the freemium business model is the new norm of the twenty-first century, and no industry, not even financial services, is safe from its disruption.

In fact, he says that there are now traditional securities brokers in China who have launched no-fee services, such as this one by Tencent and Sinolink Securities, and he predicts that in three years, the no-fees model will become the norm.

Basically, Li thinks that a platform will need to make its revenues from value-added services rather than trading, which he sees as a basic service and a commodity that should be free for consumers.

He was emphatic that even as Huobi expands internationally, they will continue to offer free trades. Speaking of international expansion, Li thinks that Huobi will be ready to launch into overseas markets sometime in the second half of this year, probably beginning with support for the US dollar markets.

Prior to this he will be focused on vertical expansion, and is gearing up to launch several of those value-added products he believes are the key to his business model. He’s ready to partner with bitcoin-related services that might benefit from being on his platform, and even offers to invest in promising startups as a strategic investor, either in bitcoin or fiat.

When I visited Huobi’s office, in the Shangdi area of Beijing’s Haidian district near tech giants Baidu and Lenovo, Li had just come back from a visit with senior bankers who also lecture at the PBC School of Finance at Tsinghua University, the premier institute of learning for China’s policy bankers.

The team was also getting ready to move into its new offices (just from one wing of the enormous office complex to another) as it had quickly grown to over 50 employees. Huobi prides itself on customer service – and now boasts over 20 customer service personnel.

When I asked Li how he was securing the Huobi platform against hackers and other attackers, he said that the team is extremely focused on security and is constantly monitoring potential loopholes in its systems.

He has third-party cybersecurity firms under contract, such as some of the ones listed here, constantly evaluating for potential breaches. Li says he would rather sacrifice some speed for better safety, as in the case of duplicate deposit and withdrawal requests, which the system automatically will prompt for human/manual verification. He also gets internal audits of their books at noon on a daily basis, weekends included, to make sure “everything balances.”

While this might mean that it might take longer for some users to retrieve bitcoins, Li would rather be safe than sorry. Li told me that things have “definitely cooled down” from the height of the bitcoin fervor in China in November 2013.

While he didn’t divulge the exact number, he did say that new user registrations are one-third of what they were four months ago. When I asked him what he thought the government’s future policies on bitcoin might be, he gave a laugh and said:

“You and I both know there is no point in guessing. The government will do what it will do, and it is impossible to predict. And you see too that other countries are also taking this wait-and-see approach.”

I would have to agree with him. There is no telling where the Chinese government will go with regards to cryptocurrencies, and at least for Huobi, whose ambitions reach far beyond Chinese borders, it may not matter that much.

ChinaExchangesBTC ChinaOKCoinHuobiNews
Disclosure
The leader in news and information on cryptocurrency, digital assets and the future of money, CoinDesk is a media outlet that strives for the highest journalistic standards and abides by a strict set of editorial policies. CoinDesk is an independent operating subsidiary of Digital Currency Group, which invests in cryptocurrencies and blockchain startups.